Women's Superliga: By the grace of Asantewaa!

Logroño can thank its Ghanaian international, Grace Asantewaa. Thanks to the mid 20's, the club from the north of Spain gets its 3rd victory in the women's Superliga and gets out of the red zone. 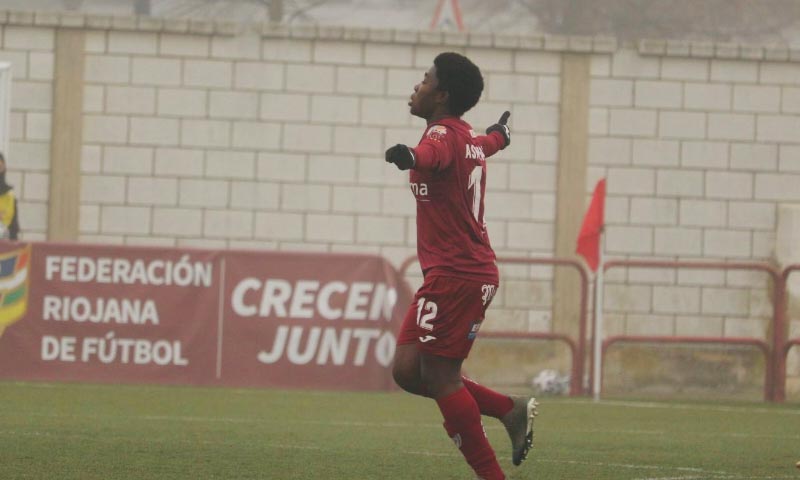 African internationals are increasingly asserting themselves in the women's Superliga. At the top of the rankings as well as among the teams that are fighting to maintain their position, they are indeed doing well. The Nigerian Oshoala is, for example, the top scorer of the untenable Barça. And in Logroño, Grace Asantewaa often wears the costume of savior.

This Wednesday, on the 17th day of the Superliga, Asantewaa  scored the winning goal against Rayo Vallecano (2-1). While the two teams were tied at the break (1-1), the Ghanaian found the net just after the return from the locker room (52'). This is only the third victory of Logroño (14th) which however comes out of the red zone. Asantewaa had already participated in the second victory a month ago, scoring the third goal against Athletic Club (3-0).

The Northerners thus put an end to their negative series of 3 consecutive defeats. However, they are only two lengths ahead of Huelva, the first relegated. The championship is still dominated by Barça. However the Catalans will not play their game this Thursday against Athletic Club. Because it is postponed because of the Coronavirus. Barcelona (36 pts) have now 5 games behind.

On the other hand, the clash between Levante (4th) and Atletico Madrid (3rd) is for the moment maintained. Ajara Nchout is back with this team a little more than ten days after the Super Cup (3-0). The Cameroonian striker had scored a double while it was her very first game in Spain. Both teams have 31 points each. The winner of this clash could take the second of the championship, currently occupied by Real Madrid (34 pts).