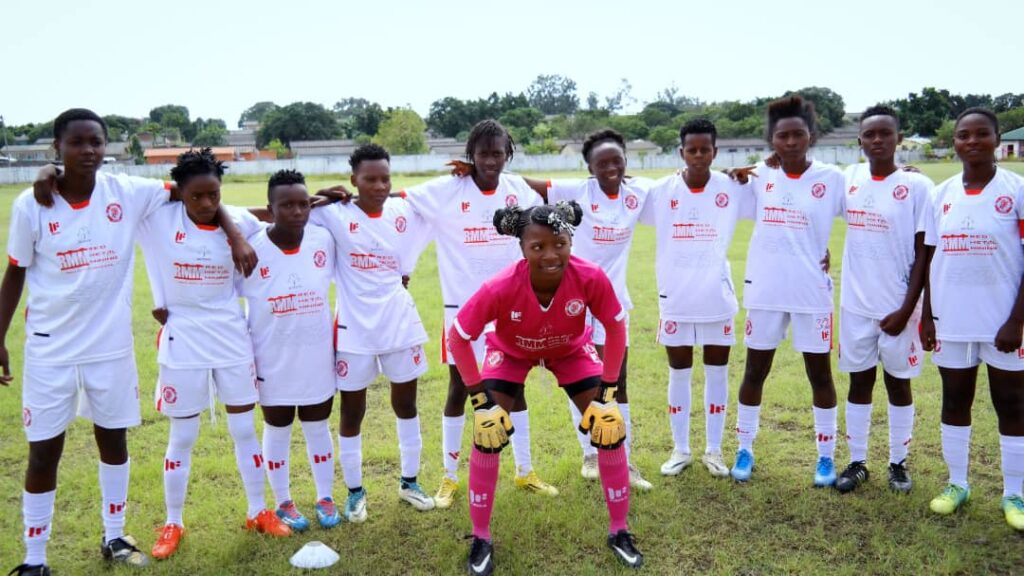 The Football Association of Zambia (FAZ) has suspended Nkana Queens FC from the Zambia Women’s League for unsporting behavior.

Members of Nkana Queens FC roughed up match officials during a League match against Zambia Institute for Social Development played over the weekend. Nkana Queens lost the match 1-0 at the Independence Stadium on Sunday.

“The Football Association of Zambia (FAZ) has provisionally suspended Nkana Queens Football Club from the League following violent incidents over the weekend during the team’s match against Zambia Institute for Social Development,” said the communication from FAZ.

Adrian Kashala, the FAZ General Secretary says the footage viewed and regulatory reports for the match show some Nkana players and officials attacking match officials and a ball boy.

“We do not condone hooliganism at any level in the game and we will deal with it decisively. The suspension will remain in effect until the disciplinary process has been exhausted,” he says.

“Violence at any level in the game must be weeded out. Some of the aggressive activities in the footage border on matters beyond football.”

Kashala says the Federation has taken the drastic step to keep players and officials in check. “Football is a rule-based game, and everyone involved must at all times embrace fair play and respect the rules,” he added.

Management of Nkana Queens has been given up to May 13, 2021 to submit the names of the culprits as part of the disciplinary process.

In 2020 Green Buffaloes were crowned champions of the  inaugural Zambia National Women's League.