2021 AFCON: Ghana captain calls for reassessment after a humiliating campaign 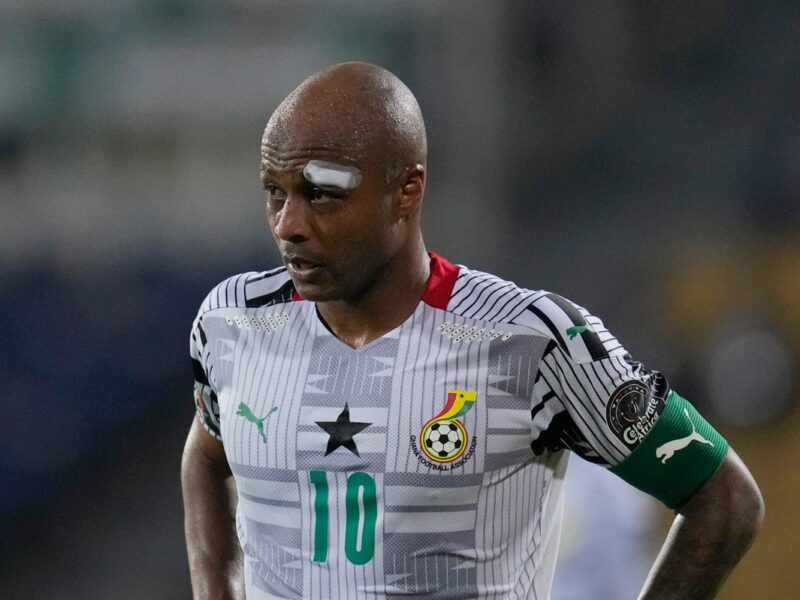 Ghana captain, Andre Dede Ayew has called for calm and reassessment of his side awkward performance after Comoros knocked out the Black Stars of Ghana in the going Africa Cup of Nations in Cameroon on Tuesday.

Andre Ayew saw a red card in the 25th minute after crashing goalkeeper for Comoros Salime Ben Boina when he tried scoring from Kamaldeen's low cross but missed the ball by an inch and got the goalkeeper injured with his leg.

The 32 year-old who is currently Ghana’s AFCON top scorer with 10 goals in 33 appearances says there's no need to press the panic button but rather all should stay calm.

“As a team, we need to stay calm and access what went bad and prepare adequately for the World Cup play offs and be battle ready.”

According to the captain, every one tried their possible best to make this AFCON campaign a success right from the scratch but this is a game of uncertainties.

“This is football and we were unlucky from the start. The playing body didn’t face any problem and getting knocked out in the early stages of a tournament is a normal thing as it has happened to other countries before"

Comoros, the debutants in the ongoing African Cup of Nations humiliated and eliminated the four time AFCON winners in their last group fixtures leaving them with just a point in three solid matches.

However, the skipper for the Black Stars Dede Ayew says his side have conquered the Continent before and now, it's the turn of others to also enjoy.

“Ghana were finalists in 2010 and 2015 and in between were semifinals so we have been on top for long. Teams wins tournament and the next edition, they struggle to qualify from the group stage and cited Ivory Coast as an example when they won the AFCON in 2015”- he stated.

Ghana failed to win any of their three games at the group stage finishing at the bottom of Group C with just a point after defeats to Morocco and Comoros and sharing the spoils with Gabon.