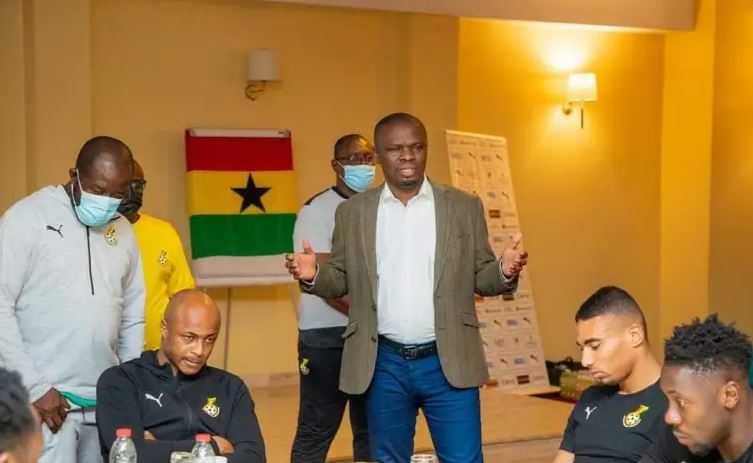 After the withdrawal of the organization of the AFCON 2025 from Guinea, the African Football Confederation is looking for a new host country. Through its Minister of Sports, Ghana has indicated that it is considering submitting a bid.

What if 17 years later, the African Cup of Nations returned to Ghanaian soil? This is the idea that is beginning to gain ground in the land of the Black Stars. While Guinea, was withdrawn the organization of the AFCON 2025 by CAF given the delays noted on the construction sites, the pan-African authority is looking for a new host country and Ghana would consider hosting. The stage of reflection would have even been passed. This is at least what the Minister of Sports of the country, Mustapha Ussif, has suggested.

"There is a discussion on the fact that Ghana can submit a joint bid with countries like Nigeria and Benin," said the Minister of Sports in comments relayed by Modernghana.com. The idea is to reduce the costs related to the organization, given the new specifications of CAF and the transition of the competition to 24 teams, to host the AFCON 2025. This will allow the co-hosts to be ready in time.

"We are still thinking about it. We have not yet made a decision. We have a discussion on the fact that we should obtain the agreement of the brotherly countries to present a common file," he added. An option that would not displease the CAF, while the body has set November 11 as the deadline for the submission of files for countries applying to host the AFCON 2025.

A file that could have weight in the face of potential solo candidates such as Senegal, which has confided in studying the feasibility of a bid, or Algeria, which has ambitions to organize the great mass of African soccer, after the 1990 edition. Files from South Africa, Morocco or a coalition from the COSAFA zone are not excluded either.