AFCON U23 Q: Robbery in Yamoussoukro 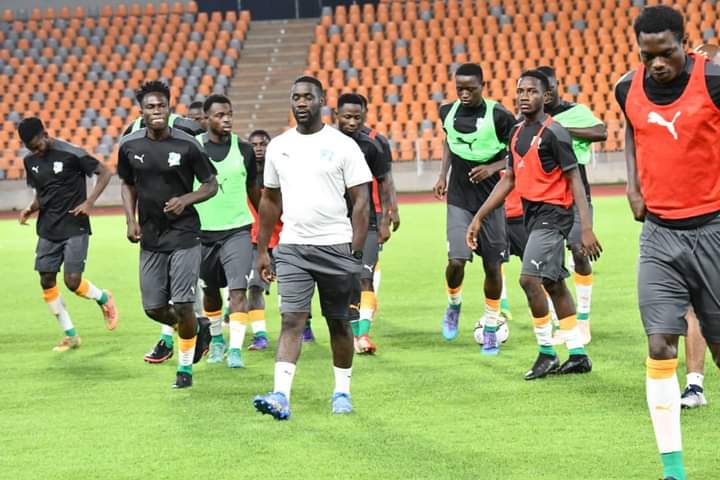 AFCON U23 Q: Robbery in Yamoussoukro

Niger has taken the ticket for the last round of the AFCON U23 (Morocco 2023) qualifications from Côte d'Ivoire, on its home soil. The Mena joins the five other teams that have validated their ticket this Saturday, October 29.

Niger's coach Zakariyaou Ibrahim did not sulk in his pleasure. After getting a 1-1, synonymous with elimination for the Ivory Coast, on Saturday, October 29 in Yamoussoukro, in the second round of qualifying for the AFCON U23 (Morocco 2023), he has stirred the knife in the wound. "The Ivorian journalists present yesterday (Friday, October 28) were skeptical, but we believed in the qualification," he said in a post-match press conference.

After the journalists, the Nigerian technician adjusted his sight to his Ivorian counterpart. Bam! "When we arrived here, we knew that the Ivorians would attack and we played accordingly. From a psychological point of view, there was a lot of confidence, given what Faé (Emerse) said. It was as if he was downplaying us. But that's soccer and you have to be careful."

After a 0-0 draw in Niamey a week ago, Mena validated its ticket in Ivorian soil. It signs thus what can be considered as the big surprise of the first day of the second round of the qualifications of the AFCON U23. For the rest, no qualification should be classified as a robbery.

Senegal, which was in the same situation as Côte d'Ivoire (0-0 in the first leg, at the opponent's place), was able to avoid the worst on its ground, at Abdoulaye-Wade stadium. After another 0-0 draw at the end of regulation time, the Lions of Teranga beat the Stallions of Burkina Faso on penalties (5-3).

Mali and Zambia qualified with the same score (1-0) against Rwanda and Sierra Leone respectively.

Nigeria, without forcing, took out Tanzania by dominating it 2-0 while the card of the day is to be put to the credit of Gabon, which beat (4-0) and eliminated Madagascar.

The last qualifiers for the final round of the race for the CAN U23 will be known this Sunday 30. Six matches are scheduled including Algeria-RD Congo (18h GMT). Initially scheduled for Saturday, it was postponed by 24 hours because of a technical failure of the plane that carried the Leopards to Setif. The plane had to turn back 2 hours and 30 minutes after taking off from Kinshasa.