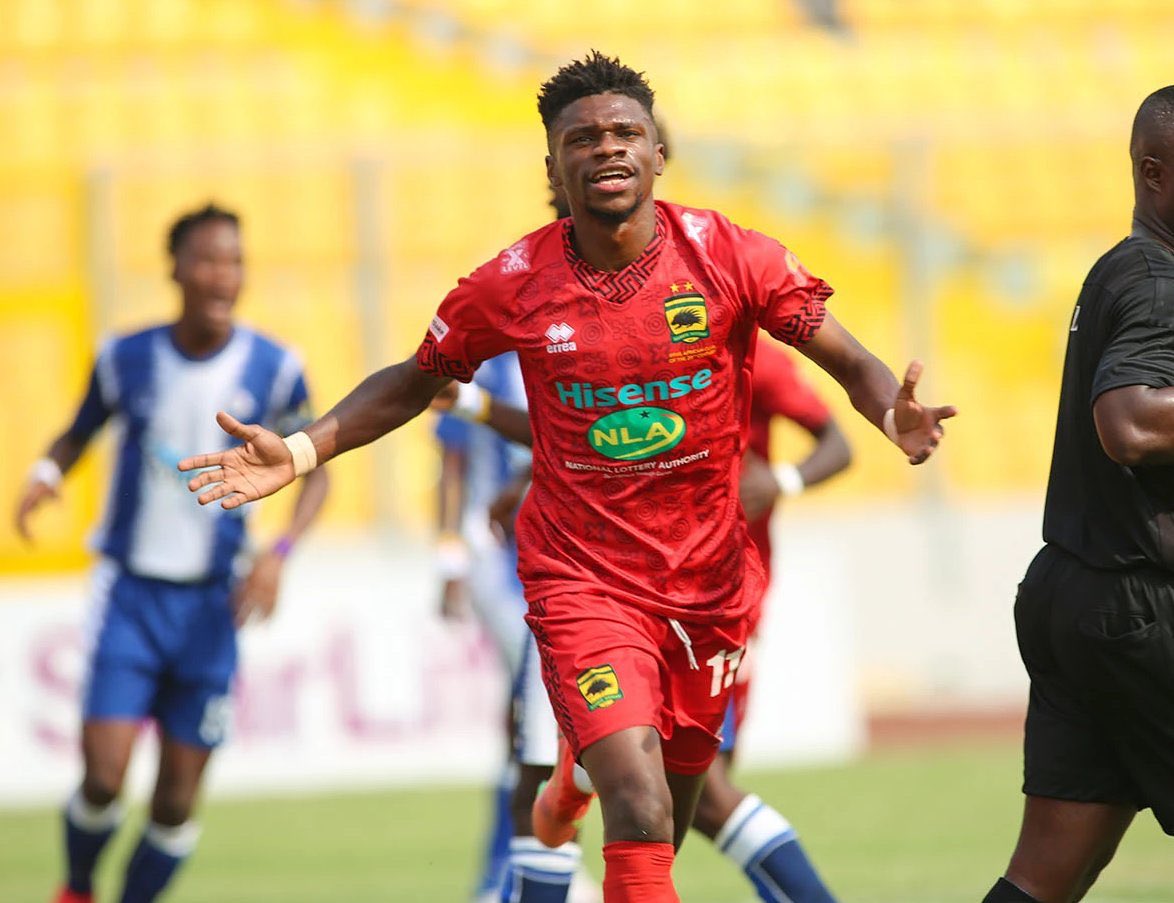 Ghana Premier League giants, Asante Kotoko talisman Franck Etuoga Mbella has earned a maiden call up into the Cameroon National  team ahead of their 2023 African Cup of Nations qualifiers.

Cameroon coach, Rigobert Song has named a 34-man squad for their Africa Cup of Nations 2023 qualifiers with Asante Kotoko striker Franck Etouga Mbella named among the list of eleven strikers in the squad for the battle.

Etouga has been impressive in his debut season in the Ghanaian top-flight having joined the Porcupine Warriors from Fortuna du Mfou scoring 19 goals for Asante Kotoko.

Mbella has been included in the Indomitable Lions squad for their AFCON qualifiers and expected to feature against Kenya and Burundi respectively.

He represented Cameroon at the U-20 level during the WAFU tournament last year but eventually missed out of the squad for the AFCON U-20 held in Mauritania a competition Ghana won.

His goals have contributed to Kotoko's impressive run in the league as they occupy the top spot with nine points advantage.

Franck Mbella Etouga is having a sensational season with Kotoko a performance according to reports, several clubs in France, including Stade Rennais, have shown interest in the in-form attacker.

The squad as named by Song, comprise 3 goalkeepers, 11 defenders, 9 midfielders and 11 attackers.