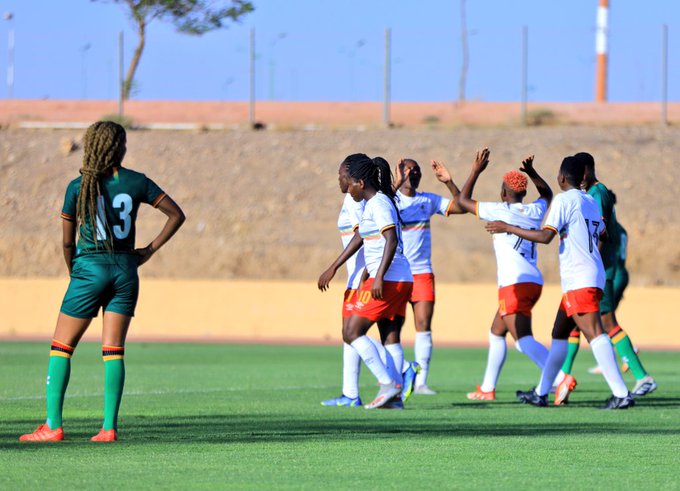 The two teams used the friendly match played at the Grand Stade de Marrakech to prepare ahead of the TotalEnergies Women’s Africa Cup of Nations (WAFCON) 2022.

Ritah Kivumbi who plies her trade with Mallbackens IF in Sweden gave the Uganda Crested Cranes the lead after 37 minutes. Before the Zambian team could settle Fauzia Najjemba made it 2-0 for Uganda after only a minute.

With three minutes to the break, the Crested Cranes again found space in the Zambian defending line as Viola Nambi made it 3-0.

After the break Nambi who features for FC Dornbirn Ladies in Austria netted her second goal of the day after 57 minutes, before substitute Fazila Ikwaput made it 5-0 after 72 minutes.

Lutalo, the Uganda Crested Cranes coach said he was happy with the way his players had expressed themselves. “We need to keep working hard as the tournament gets closer,” added Lutalo.

Uganda will start their WAFCON campaign with a Group A match against Senegal on July 3rd at the Prince Moulay Abdellah Stadium, while Zambia will take on Cameroon the same day in a Group B fixture at the Stade Mohammed V Stadium in Casablanca.