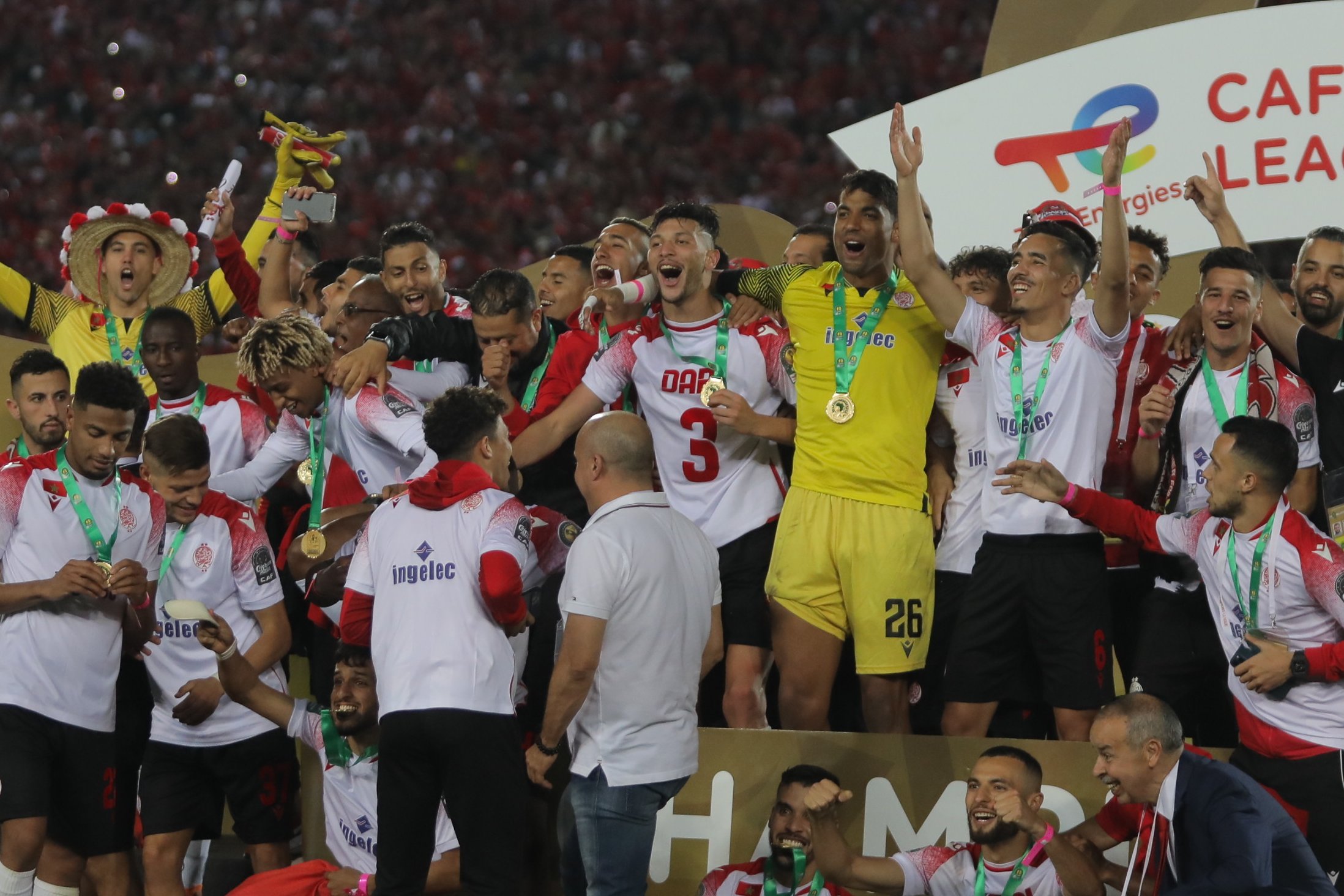 Wydad Casablanca defeated Al Ahly in the final of the Champions League after an end-to-end final. The Moroccans have won their third title in the competition.

Wydad beat Al Ahly 2-0 in the final of the CAF Champions League. The Moroccans thus put an end to the hegemony of the Egyptians, double title holders.

In this final Wydad put the pressure on from the start. The Moroccans exerted a high pressure on Al Ahly. Wydad came close to opening the score in the first ten minutes. The Congolese center-forward Guy Mbenza unleashed a heavy shot from the edge of the area. But his shot smashed against the crossbar (10th). Zouheir El-Moutaraji set the Mohamed V Stadium alight. The Moroccan attacking midfielder turned to Aymane Hassouni about 30 meters from goal and fired in a monumental shot. The ball went into the top corner of El-Shenawy's net, but he could do nothing about it (15').

Al Ahly are stunned. Percy Tau's teammates are experiencing a nightmarish start to the game with no shots taken. Wydad fell back a little and Al Ahly began to feel the urgency of the situation.

El-Moutaraji, Wydad's hero
Behind every glory there is a hero. For Wydad's coronation, this one is called El-Moutaraji. After only three minutes in the second half, the attacking midfielder scored the second goal of the game. It was his fifth goal of the season in the CAF Champions League.

Al Ahly then pushed hard to try and come back. But the Wydad goalkeeper, Tagnaouti, repelled in turn the attempts of Sherif, Percy Tau and Kafsha. Regragui's men resisted the onslaught and went on to win the title ahead of the mighty Ahly. After the CAF Cup, another Moroccan club has won the Champions League. It is not for nothing that the Moroccans have won the last two editions of the CHAN, a continental tournament reserved for players who play in their country's championship.