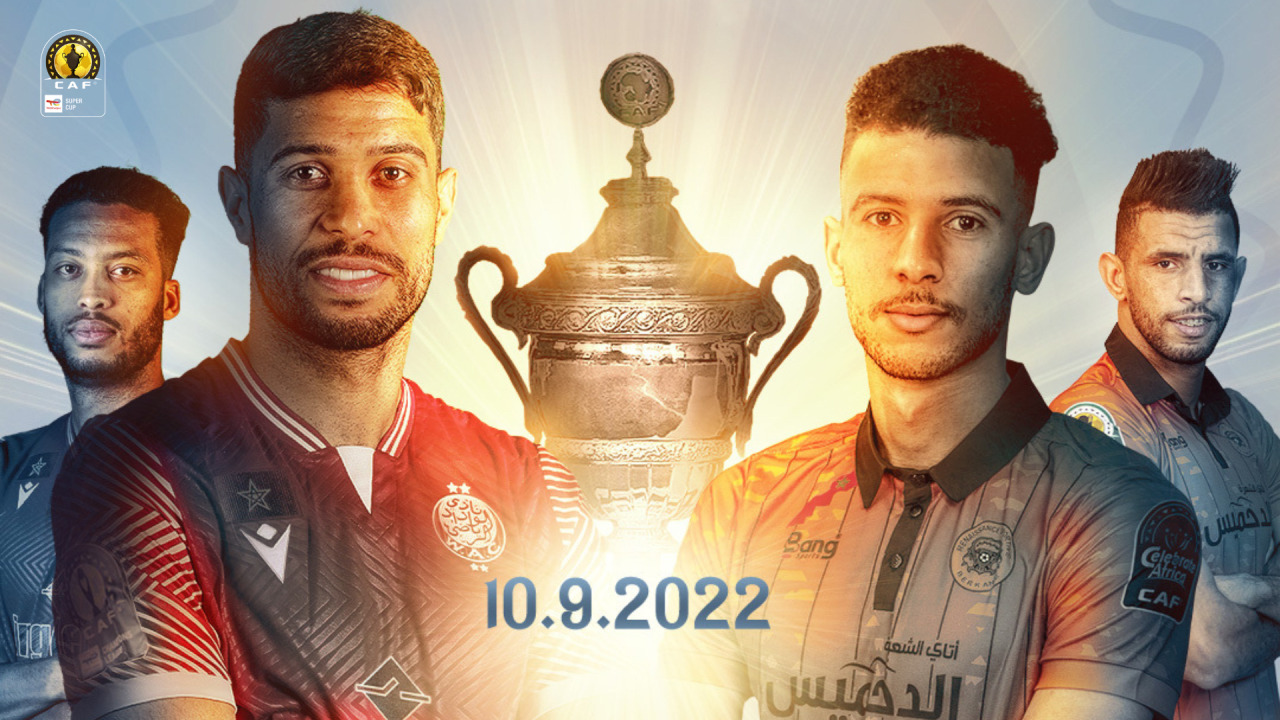 Rabat will host the CAF Super Cup this Saturday. A meeting between two Moroccan clubs. Wydad Athletic Club will face RS Berkane at 19h GMT. A final that promises game and a lot of intensity.

The Prince Moulay Abdellah sports complex in Rabat will host this Saturday, September 10, the final of the CAF Supercup. Wydad of Casablanca, winner of the Champions League will face RS Berkane, champion of the CAF Cup. A 100% Moroccan final that will be played on Moroccan soil.

Wydad is the great favorite of this CAF Supercup. The formation of Casablanca will play this competition for the fourth time. And it will approach this meeting with confidence, reassures the coach Houcine Ammouta. "The Wydad of Casablanca has the technical and tactical assets to begin serenely this decisive match. We seek the title of the Super Cup against a team that has its say. The title of the Super Cup is the objective of all components of Wydad. The composition of WAC that will be on the field to play the Super Cup will be the best, "said the technician in a press conference before the match.

RS Berkane is ready for the odds
For the Moroccan champions, it is the title or nothing. "The players are all ready to play the Super Cup, which is in itself a motivation to sign a good performance. It is a match for the title and I think that all components of the club are aware of the importance of the meeting tomorrow, "said captain Yahya Jabrane.

RS Berkane has no intention of letting it happen. The winners of the CAF Cup will give their all, especially since they know the team opposite. "RS Berkane has prepared well for the match because it knows the weight of the opposing team. Winning the title of the Super Cup is important, especially in terms of morale, because it is likely to boost the players of RS Berkane at the level of the national championship, "said coach Abdelhak Benchikha in a press conference before the match.

Same sound of bell at the Burkinabe defender Issoufou Dayo. "The group has worked throughout the week to put all the chances on its side to win the title. See you this Saturday at 19:00 GMT.