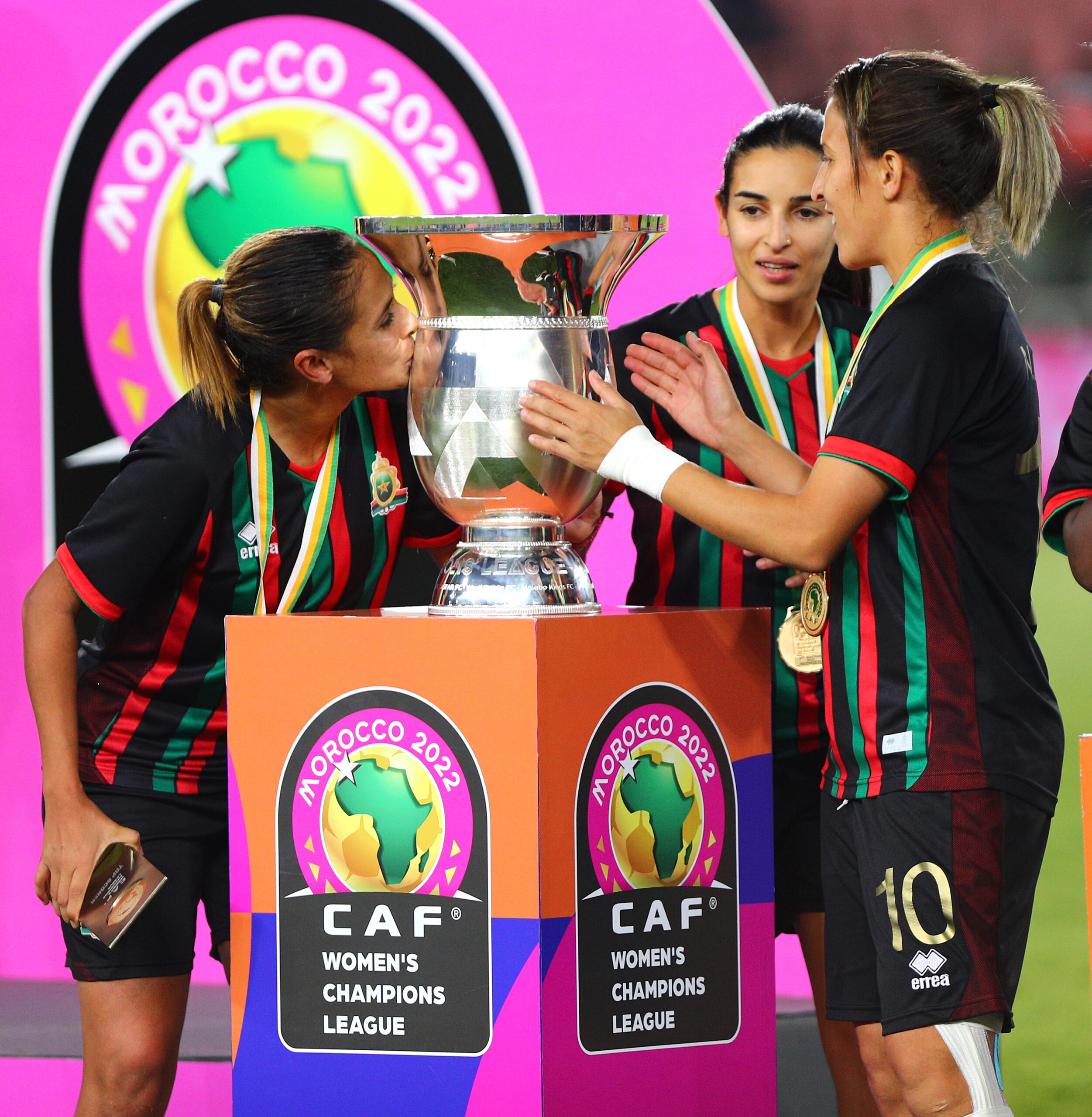 An unbearable blow to their title defence, Mamelodi Sundowns ladies have missed out on making greater history in the CAF Women's Champions League. The defending champions who have had an easy ride from the group stages to the finals crumbled heavily in front of their Moroccan counterparts.

The Moroccan and South African giants made an even start to the final rematch at the same venue their national teams met in July, with Chuene Morifi and Bambanani Mbane's long-range efforts in the fifth minute moments before Jraidi's attempt.

Zanele Nhlapho brought Zineb Redouani down inside the area to gift the hosts a penalty and Fatima Tagnaout made no mistakes converting from the spot to open the scoring for ASFAR in the 15th minute.

Having found themselves behind for the first time in consecutive editions, the miseries of Jerry Tshabalala's ladies were further compounded when Rhoda Mulaudzi was handed the marching order on the half hour mark after a poor challenge on Redouani.

The hosts threatened to double their lead through Ahmamou Douha but her weak effort inside the area could not trouble keeper Andile Dlamini four minutes from the half time break.

The Moroccans came back into the contest on a high as they almost earn their second of the match when Aziza Rabbah's header came off the crossbar three minutes after the restart.

The South Africans were further reduced to nine players after captain Nhlapho picked her second booking of the match following a poor challenge on Redouani in the 52nd minute.

The second breakthrough came for Mohamed Amine Alioua's ladies from the resulting freekick when Tagnaout brilliantly teed up Jraidi to power home from inside the area two minutes later.

A brilliant move and a stunning finish! 🔥

Ibtissam Jraidi of ASFAR is congratulated for scoring a goal during the 2022 CAF Women’s Champions Final match between ASFAR and Mamelodi Sundowns held at the Prince Moulay El Hassan Stadium in Rabat, Morocco
Despite being two-player down, the South Africans pushed for a comeback through Lelona Daweti and Melinda but the duo could not make the best of their half chances.

The hosts were done yet as Jraidi fired past Dlamini to notch the third in the 87th minute before bagging the treble at the death to complete the rout in sweet revenge for the Atlas Lionesses Women's Africa Cup of Nations title loss to Banyana Banyana in July.

Meanwhile, ASFAR forward Ibtissam Jraidi was named Woman of the Match for the third time in the competition, following her remarkable treble inspired her side to a ruthless triumph over the Cup holders.

The Moroccan team also boasts of the best player of the competition, the best goal keeper and the top scorer.