Chelsea: Aubameyang and Wesley Fonana from St Etienne to Chelsea 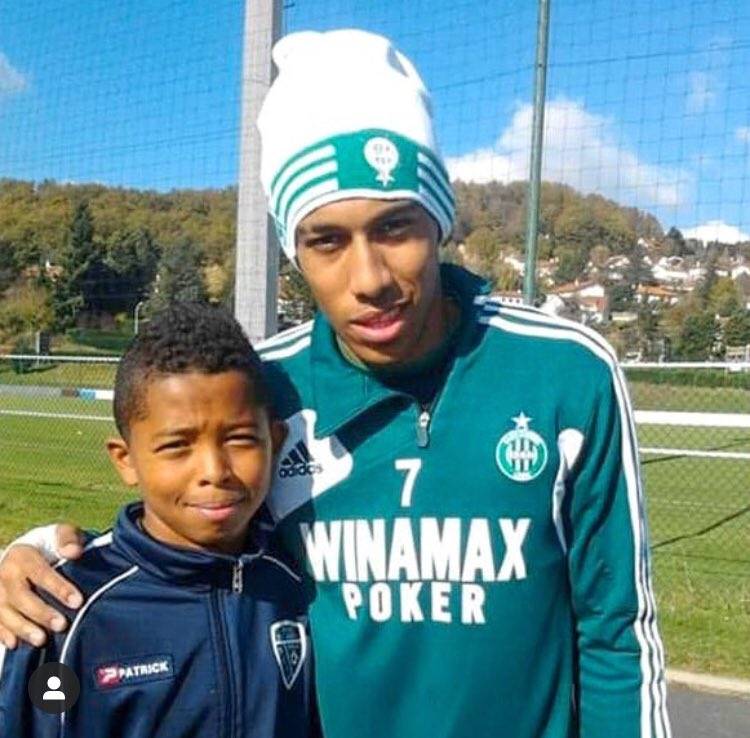 Chelsea: Aubameyang and Wesley Fonana from St Etienne to Chelsea

While they both revealed themselves at AS Saint Etienne, Pierre-Emerick Aubameyang and Wesley Fonana, new teammates at Chelsea, tried to reproduce an old photo of themselves.

Pierre-Emerick Aubameyang and Wesley Fofana both joined the Blues this summer. The former from Barcelona and the latter, bought for over 90 million euros, arrives from Leicester. Respectively 33 years old and 21 years old, the two new teammates have a common past: Saint Etienne. If they never shared the same field under the colors of the Greens, the two former Stephanois share a photo that they reproduced at the Blues.

"I remember. I went to the training ground of Saint-Etienne to see the professional players. And I was waiting at the training just to take a picture with you. Because when I was very young, I played as a striker. And Drogba, yourself, I liked," recalled Wesley Fofana in front of the cameras of his club.

Aubameyang recalled his early days with ASSE and the important role Christophe Galtier played in his blossoming: "At the beginning of my career, everyone only talked about me as a sprinter. Some people, even in your club, said you were not good at soccer. After that, I changed and when I arrived at Saint-Étienne, I was happy because Christophe Galtier at that time gave me confidence and that changed everything in my career and that's when I started to score goals."

The story behind 𝙩𝙝𝙖𝙩 picture! 📱

Both new comers will have to quickly settle in for the London side who are uncharacteristically pecked in the middle of the log with fewer wins than expected.