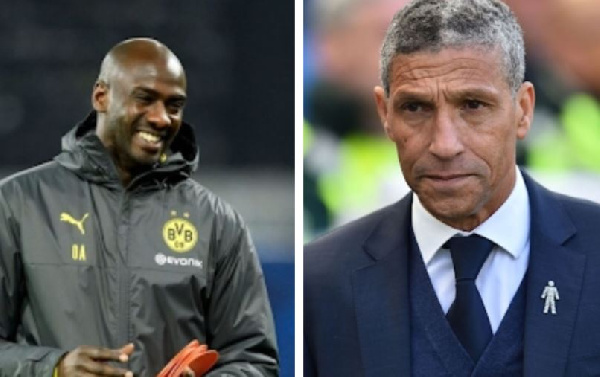 The former Newcastle United coach is currently in Ghana for the past few days with many media reports tipping him as favorite to become the next Ghana coach.

Hughton, the former Brighton and Hove Albion manager and Dortmund trainer, Otto Addo are favorites to replace Milovan Rajevac as Ghana national team coach after the Serbian was sacked days ago.

Dr. Aubynn speaking a local television station, Joy TV, revealed that the Association’s committee is yet to receive any official communication concerning Hughton.

“The pedigree of Chris [Hughton] is not in doubt. At the FA, I haven’t seen anything on Chris Hughton yet. There have been no discussions or meetings about him, but the source is the media. As part of the FA’s council, we deal with what is brought before us, and then we have a look at it. As far as I am personally concerned, we haven’t seen any expression of interest in the Black Stars from Hughton.”

His last job was at Championship side Nottingham Forest where he led them to safety in the 2020/2021 season before leaving in September 2021 at the start of the 2021/2022 Championship season.

Dr. Aubynn however suggested Otto Addo looks capable for the vacant job. “In my view, if Otto Addo agrees to come especially because of the immediate challenge we have, I have no problem with that.”

Ghana FA President, Kurt Okraku has led a delegation to Germany in their quest to hire Otto Addo as head coach for the Black Stars.

“What we are looking for is a coach and if it turns out that coach will be someone who has been the assistant coach and who has interacted with the players in the past especially for our game with Nigeria,” he told Joy News channel.

Addo started his coaching career with his former club Hamburger SV in 2009, in the process serving as a youth team coach and an assistant manager till 2015. In December 2013, Addo was appointed as the head scout of the Ghana national football team and prior to the 2014 FIFA World Cup and 2015 Africa Cup of Nations, succeeding Ibrahim Tanko following the 2012 Africa Cup of Nations and 2013 Africa Cup of Nations.