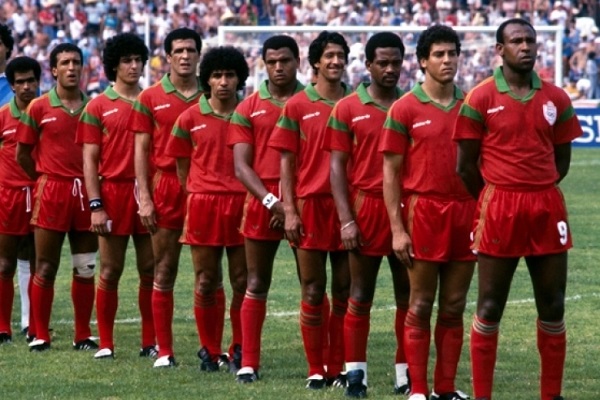 In Qatar, Morocco will know its sixth participation in a World Cup final phase. Only Cameroon, which will play its 8th World Cup, is better on the continent.

The most assiduous after Cameroon
Morocco is one of the African regulars at a World Cup finals. The Kingdom of Morocco has already taken part in five editions of the world's greatest soccer event (1970 in Mexico, 1986 in Mexico, 1994 in the United States, 1998 in France, 2018 in Russia). It will inaugurate in a little less than ten days its sixth participation. Only Cameroon, which will record its 8th participation in Qatar, can boast of doing better.

The first in the 8th round
Far from being exceptional n the pitch and the results during its five participations. The Atlas Lions can even boast of a fulgurance in the World Cup 1986 in Mexico. Carried by the golden generation of the late "Mehdi" Faria, the Cherifian Kingdom, which had only five players playing abroad at the time, achieved a feat hitherto unheard of for an African selection: to reach the last eight of the competition. A feat achieved thanks to two draws against Poland (0-0) and England (0-0) respectively and a victory in the last group game against Portugal (3-1). Stopped in the round of 16 by West Germany (1-0), the Atlas Lions will return home with their heads held high with a sense of duty accomplished.

14 goals for, 21 against
In five participations in a World Cup finals, Morocco has played sixteen matches, fifteen in the group stage and one in the round of 16. The Cherifian Kingdom has recorded two wins, nine defeats and five draws. He conceded his heaviest defeat (3-0) against Brazil (World Cup 1998 in France). But Morocco had then taken revenge on Scotland, during the same tournament, by winning with the same score. It is moreover its largest victory in the competition. In five participations, Morocco has scored 14 times found the net against 23 goals taken.

Khairi and Bassir, top scorers
Born on November 20, 1962 in Rabat, Abderazzak Khairi was one of the great architects of Morocco's qualification for the round of 16 at the 1986 World Cup in Mexico. He indeed signed a double during the clear victory (3-1) against Portugal. A success that had allowed his team to reach the second round for the first time in its history. Besides Abderazzak Khairi, Salaheddine Bassir is the only Moroccan to have achieved a double in the World Cup.

Born on September 5, 1972 in Casablanca, Bassir scored twice against Scotland (3-0) at France 98. Although retired for a long time, the two men remain until today the best scorers of the Atlas Lions in a World Cup final phase. Their young compatriots Hakim Ziyech (Chelsea), Youssef En-Nesyri, Sofiane Boufal will be expected to beat their record in Qatar.