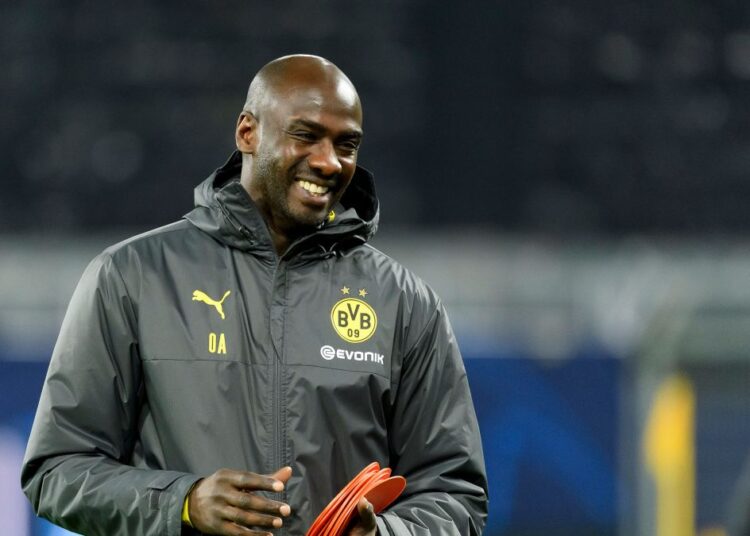 Addo, a former Ghana player is currently the Assistant Coach of German Bundesliga club Borussia Dortmund. He has vast coaching experience of about 13 years that dates back to 2009 when he first took up the job of an Assistant Coach at Hamburger SV.

The 46-year old previously worked as a scout for the Black Stars in 2013 prior to the 2014 FIFA World Cup in Brazil and the 2015 Africa Cup of Nations in Equatorial Guinea.

He will be backed by George Boateng and Mas-Ud Didi Dramani as assistants while former Newcastle United and Brighton and Hove Albion manager, Chris Hughton joins as Technical Advisor  to the three man team for next month’s FIFA World Cup Qatar 2022 play-off match against Nigeria.

The four man team has been put together to take charge of the two matches against rivals Nigeria. The Black Stars will take on the Super Eagles at the Cape Coast stadium on March 24 before travelling to Nigeria for the 2nd leg at the Abuja Sports stadium on Sunday, March 27, 2022.

The Ghana FA has also appointed its Vice President, Mark Addo as Chairman of the Management Committee of the team.