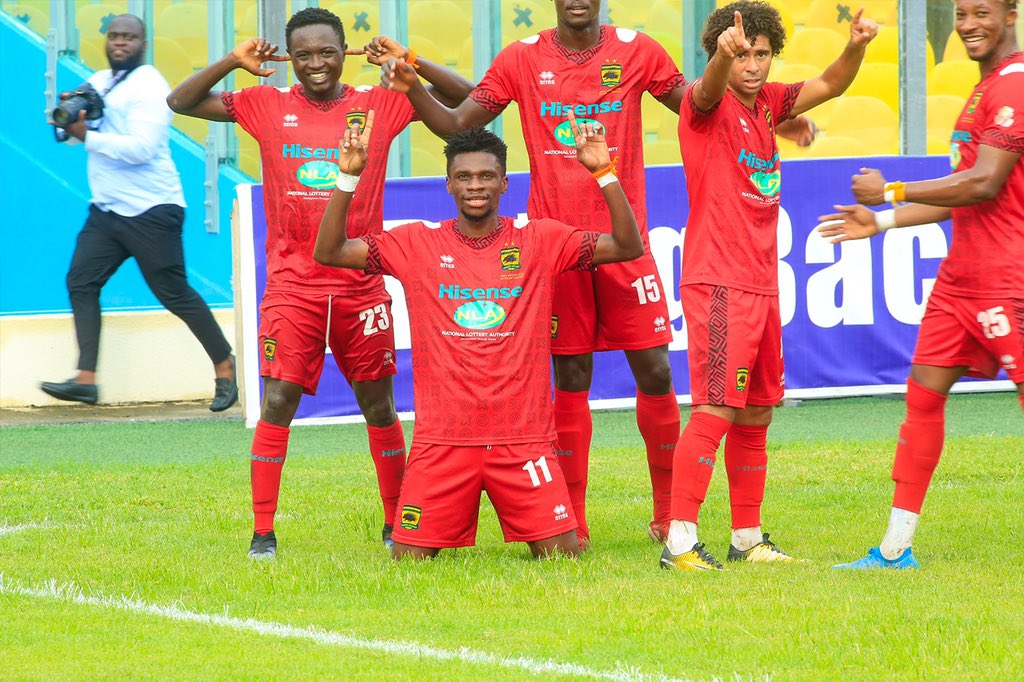 The 2021/2022 Ghana Premier League Matchday 32 was full of actions across league centres.

At the Accra sports stadium, champions Asante Kotoko produced a scintillating performance as they defeated Accra Great Olympics by a lone goal courtesy Frank Mbella Etouga who has now scored 21goals this season.

Coach Ogum despite winning the 2021/2022 Ghana premier league season, would still want to end the season in a grand style.

Bechem United who are bent on cementing the second place on the league table also defeated Aduana Stars at the Nana Fosu Gyeabour park in Bechem.

In-form Augustine Okrah scored the only goal of the day as coach Mingle's side ensured at points stayed in Bechem.

Bibiani was full of power-packed actions as relegation bound West African Football Academy produced one of the greatest comebacks to win 4:3 over Bibiani Goldstars at the Dunn park.

Elsewhere in Dawu, Dreams FC recorded their first victory under new manager Ignatius Fosu.The believers produced a 1:0 victory over AshantiGold SC at the Theatre of Dreams through Abdulai Ibrahim.

Medeama Sporting club on the other hand defeated Elmina Sharks by 3:1 at the Nduom sports complex.
Patrick Kofi Ansu' brace and a goal from Kwasi Donsu was enough to win it all for Medeama.
Francis Gyetuah had the consolation goal for Elmina Sharks.

Accra Hearts of Oak suffered a defeat at the expense of Kumasi King Faisal at the Baba Yara Sports stadium.

Richard Akrofi's last gasp goal in the added time broke many hearts of the phobians as the hope to finish at the top four looks shaky.

Below is the full results for match day 32:

That Richard Akrofi goal 🥅 that shook the capital yesterday .