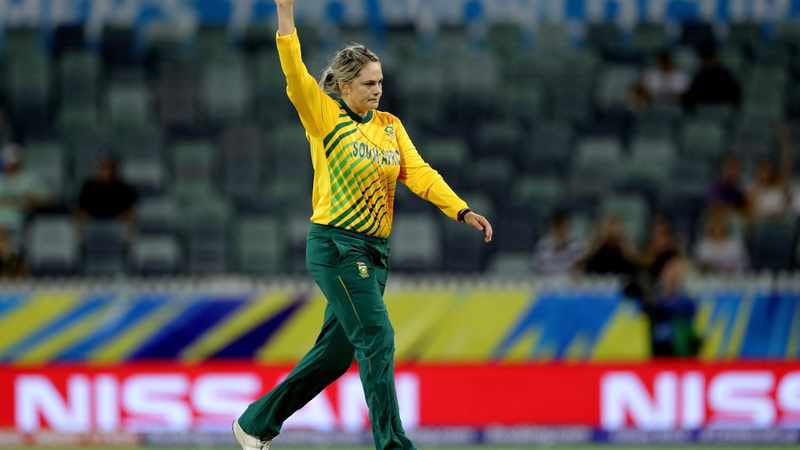 Proteas captain, Dane van Niekerk, is excited to lead South Africa in front of home fans during the upcoming ICC Women’s T20 World Cup 2023 taking place from 10-26 February next year. Fans will have an opportunity to access front row seats to watch the Proteas contest a Women’s T20 World Cup at home for the first time and vie for their first piece of ICC silverware.

Tickets across the three venues of Newlands Cricket Ground, Boland Park and St George’s Park went on sale at the beginning of October, with prices starting from R60 to give as many spectators as possible an opportunity to attend the first ICC Women’s T20 World Cup hosted by South Africa.

“I think if South Africans haven’t seen the Proteas play or watched how they go about their business, it’s about time to come out and watch the team live,” Van Niekerk said on Wednesday from St George’s Park where the trophy was presented to the City. “We have some of the best cricketers in the world and we have proven how good we are at past global events. We hope people will come out and enjoy the game and we hope we can entertain every person at the stadiums.”

The coveted trophy made its way on a roadshow to the host municipalities of Drakenstein, Nelson Mandela Bay and City of Cape Town this week, as the excitement for one of the biggest women’s sporting events in Africa grows. The trophy was officially welcomed by the three host municipalities amid fanfare and excitement, and garnered support for spectators to get behind the uniquely African celebration of cricket.

South Africa will face Sri Lanka at Newlands on 10 February in the opening match of the event, which starts 15 days of world-class cricket featuring the 10 best teams in the world.

The Western Cape will host a blockbuster opening weekend with Paarl hosting a double-header featuring West Indies versus England and Australia taking on New Zealand on Saturday, 11 February. The four sub-continent sides will headline the second double-header at Newlands on Sunday, 12 February as India take on Pakistan and Bangladesh face Sri Lanka.

St George’s Park will host the repeat of the Women’s T20 World Cup 2020 semi-final line-up on 18 February, with England and India contesting the first match and the Proteas locking horns against Australia later in the day.

“Any big event at home is special,” van Niekerk explained. “I’ve never played at St George’s Park, I’m excited to be going up against the best in the world here, especially after coming up so close in past events. The families and friends will make sure that we get the crowds in, we encourage people to come out in their numbers to support us.”

Van Niekerk and the Proteas are determined to help write a new chapter for women’s cricket in the country, starting by lifting the title come 26 February at Newlands.

“Ever since I have been captain, in every World Cup we play, we go out to win the World Cup,” she said. “If you enter a World Cup and you don’t want to win, you shouldn’t rock up. We are going to come and out play the best possible cricket that we can play, hopefully it will be good enough.

“The team has grown in leaps and bounds, there is a lot of confidence within the group and a lot of maturity when it comes to their skill. I’m excited to see the team expressing themselves and having fun. T20 cricket is about having fun and being explosive, we want to play that brand of cricket for South Africa and the world to see,” she concluded.

It is the ‘Year of Women’ as South Africa gears to host back-to-back World Cups starting with the inaugural ICC U19 Women’s T20 World Cup in Benoni and Potchefstroom in January. Both events will leave a lasting legacy on girls’ and women’s cricket in South Africa while increasing participation, exposure and access to the game.