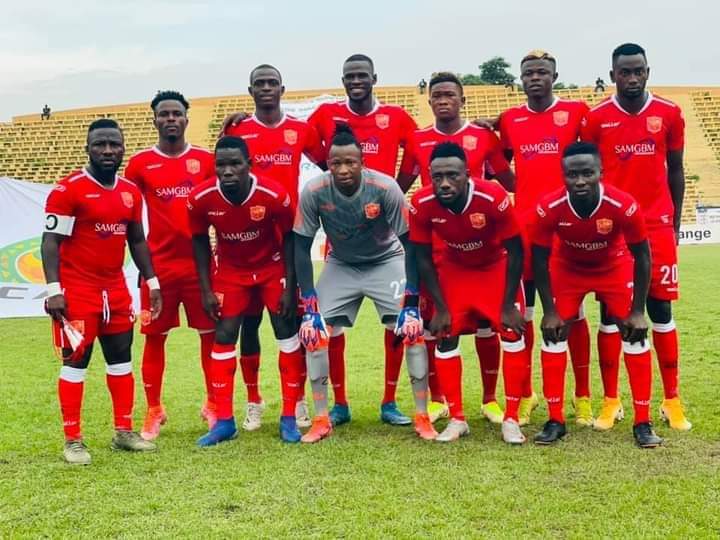 With four representatives in interclub competitions (Champions League, CAF Cup), Guinea is one of the most represented countries on the continental scene for this edition. However, with the poor results of these clubs and especially the defending champion Horoya AC in recent years, Guinea sees its place in the African top 12 increasingly threatened.

Of the four clubs involved in the first preliminary round of the CAF interclub competitions, only Horoya AC made it to the group stages. SOAR Académie and Milo FC, who were respectively involved in the Champions League and the CAF Cup, saw their dream end in the first preliminary round. As for Ashanti Golden Boys (SAG), the club managed to reach the second round before falling heavily to AS FAR of Morocco with a cumulative score of 5-0. With these failures combined with the recent counter-performances of Horoya AC, which remains on two consecutive eliminations in the group stage, no doubt that the CAF index of Guinea is increasingly threatened.

For sports journalist Mahmoud Diabaté, contacted by Sport News Africa, CAF is making a calculation to situate the clubs. "The calculation is done in a meticulous way," he said. "The winner of the Champions League has 6 points, the finalist 5 points, the semi-finalist 4 points, the quarter-finalist 3 points, the third of the group 2 points and the fourth of the group 1 point, "explains the colleague. And to clarify: "It is on these different criteria that the body assigns according to the performance of clubs over a period of four years the number of clubs that must represent the country for the Champions League and the CAF Cup for a period of 4 years. In terms of ranking, Guinea occupies the 12th place, that is to say the last place of the nations that are represented by 4 countries in interclubs with 1503 points. Horoya is in twelfth place with 38 points, followed by Angola with 36 points," said Mahmoud Diabaté.

The threat of Angola is ever more persistent
With these recent eliminations it is the CAF index of Guinea that is threatened.

Already on the hot seat after two defeats in a row in the group stage, Horoya, on whom rests the hope, has hardly validated its ticket for the group stages of this edition of the Champions League by snatching a draw against the Ivorians of ASEC Mimosas in Conakry (1-1) after its victory in the first leg in Côte d'Ivoire. If Guinea has a margin of a few years despite the two eliminations of Horoya AC, many countries are a threat.

According to a ranking of the last five years as of June 3, 2022 established by CAF, which combines the results of clubs in interclub competitions (Champions League and CAF Cup), Horoya AC, which occupies the twelfth place with 1503 points, is followed by Angola's Petro Atletico de Luanda and Tanzania's Simba, explains journalist Algassimou Baldé to Sport News Africa. "Guinea is under threat from countries like Angola and Tanzania, which are emerging in interclub competition. Petro Atletico, which was a semi-finalist in the last edition of the Champions League, is just behind Horoya AC with 1,503 points and the Tanzanians of Simba SC with 1,492 points," he said. With the qualification of Horoya AC for the group stages, the Guinean champion has some respite with the ambition to go as far as possible in the competition to preserve its lead.

"Petro Atletico de Luanda, who were semi-finalists in the Champions League, are a serious threat. But even with that, Guinea has at least a margin of two seasons. But with a good performance of Horoya, we can hope for better, "tries to reassure Algassimou Baldé. "Guinea is in its third year and it can stay with its 4 representatives until 2024. She surfed on the good dynamics of Horoya AC. The only time HAC did not play the group stages of the Champions League was in 2019-2020 and the Guinean champion reached the semi-finals of the CAF Cup before losing to the Egyptian Pyramids FC."

With Horoya AC steadily stagnating on the continental stage for a few seasons now and the other representatives not up to par, there is no doubt that the performances of the Guinean champion, which is the country's locomotive in interclub competitions, will be scrutinized this season. With the threat of the Angolans, Horoya AC is obliged to perform at the risk of seeing Guinea being ejected from the African top 12 which allows the country to have 4 representatives in interclub competitions.