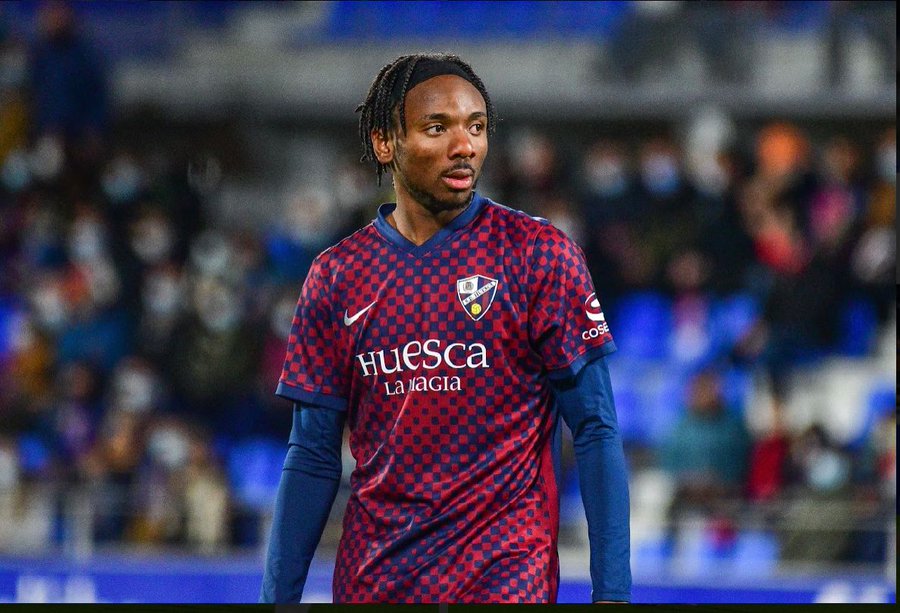 Huesca have decided to terminate Kelechi Nwakali's contract after he decided to participate in the 2021 Africa Cup of Nations with Nigeria against the wishes of the Spanish club. The Super Eagles midfielder gave his version of events on his Twitter account.

Kelechi Nwakali has been suffering in silence since his return from the 2021 Africa Cup of Nations with Nigeria: the young Super Eagles midfielder has been bullied and threatened by his club Huesca. As if that wasn't enough, the club's directors then unilaterally decided to terminate his contract. And for no other reason than that Kelechi Nwakali decided to take part in the African Cup of Nations, even though the Spanish team, through its sporting director Ruben Garcia, had asked the player not to go.

"Ruben Garcia put extreme pressure on me not to go to the CAN because it was 'not an important tournament'. He told me that if I go to the AFCON, I won't play for Huesca anymore," Nwakali wrote in a statement posted on his Twitter account on Wednesday.

The threats and intimidation that Huesca will finally put into effect. The club announced on Tuesday that it had terminated the 23-year-old's contract, without giving any reason. In the same statement, Nwakali revealed that the club often paid him his salary a month late.

"I have a family that depends on me''
On the last day of the transfer market, Ruben Garcia called me to tell me that I had to leave the club after a late offer from another club in La Liga 2," the Super Eagles revealed in its statement. He threatened not to pay me if I did not leave the club. The option I was given was 'leave or we will open disciplinary action'. Rudi Garcia and the club's lawyers carried out this action after his return from the African Cup of Nations on 1 February, banning him from training, Kelechi Nwakali said.

He continued: "Yesterday (Tuesday), when I arrived at the training ground, a member of the club tried to force me to sign mutual termination papers, which I refused to do," he added, before concluding: "I have a family that depends on me, and no player should be subjected to this inhumane treatment."