Morocco - D1: Four without a win in a row win for Raja 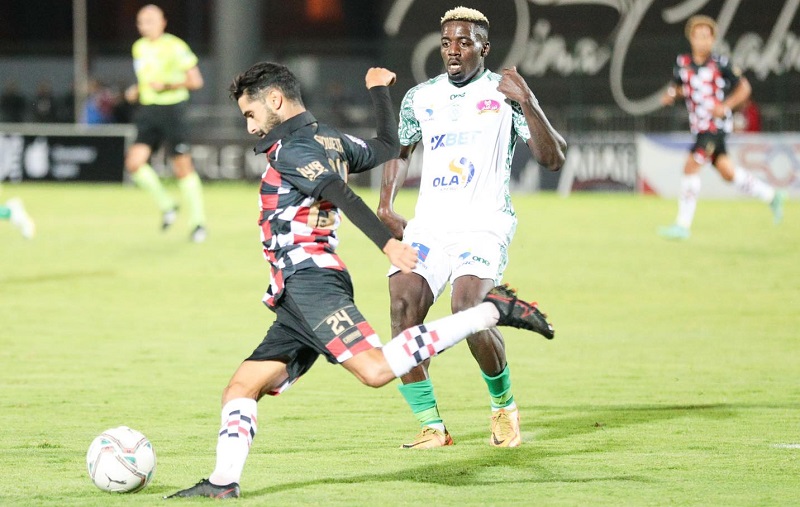 Morocco - D1: Four without a win in a row win for Raja

Four games without a win. This is the worrying start of the season for Raja Casablanca and Ittihad Riyadi of Tangier. Despite the change of coach with the arrival of Mondher Kebaier on the bench, the Casablancais still shared the points with Chabab Mohammedia in the 4th day of the "Botola Pro D1 Inwi". They have only 3 points out of 12 possible and are 11th in the ranking. Raja is however better than Ittihad Riyadi of Tangier (IRT). The team of Badou Zaki is the bottom of the table with no points on the counter after a new defeat against Olympique Club de Safi (1-0). Worse, the northerners have not yet made the nets tremble and could quickly see another technician on the bench after these poor performances.

At the end of the 4th day of matches, Wydad, AS FAR of Rabat and OCS have the same number of points (10). The defending champions won on Sunday evening at the Mohammed V Stadium against RS Berkane (2-0) thanks to goals from Senegalese Bouly Junior Sambou and Jalal Daoudi. Earlier, AS FAR had dominated Difaâ Hassani of El Jadida (4-1) with goals from Adam Ennafati (double), Reda Slim and Ivorian Joseph Guédé Gnadou, against a reduction of the score of Kenyan Masoud Juma. Hassania d'Agadir (HUSA) and Mouloudia d'Oujda could not separate themselves, Fadi Ben Choug of HUSA responding to the opening goal of Chouaib Faidi.

On its part, the promoted Union Sportive Touarga (UTS) collected a point against the Moghreb of Tetouan (1-1). The Tetouanese club unlocked the counter with a goal by Saoud (17'), but the Rbatis equalized thanks to Chadian Eric Mbongossoum (88'). FUS of Rabat played a goalless draw against the Moghreb of Fez, as well as the Jeunesse sportive Salmi (JSS) against the Olympique Club Khouribga (OCK).