Football - Morocco: Vahid Halilhodzic not wanted by some fans 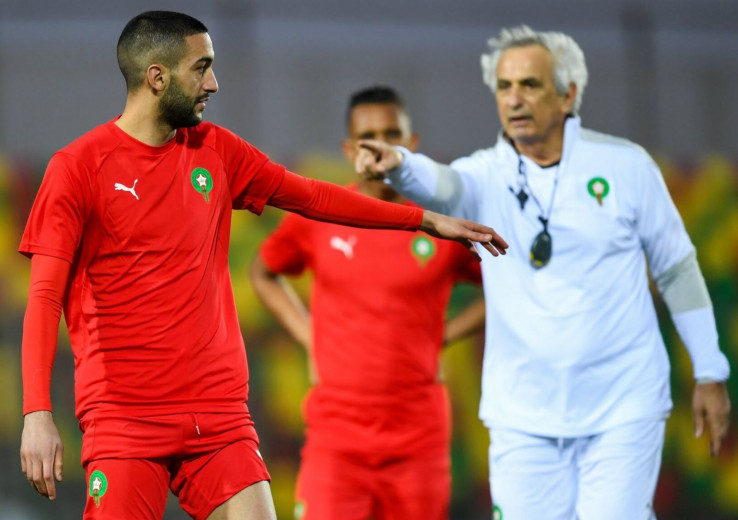 Football - Morocco: Vahid Halilhodzic not wanted by some fans

Morocco managed to snatch a draw in DR Congo for the first leg of the play-offs for the 2022 World Cup (1-1). It was a good result for the Atlas Lions, who showed a very poor performance. A performance that was not to the liking of the fans, some of whom have expressed their displeasure to the coach.

The scene is furtive, but it is a symbol of a certain tension around the Moroccan national team. After the draw obtained by the Atlas Lions in Kinshasa (1-1) in the first leg of the playoff for the 2022 World Cup, Vahid Halilhodzic was greeted by a welcoming committee when the delegation arrived at the airport to take the plane to Morocco. As he got out of the bus and walked the few meters to pass the airport square, the coach was loudly booed by some fans.

They greeted the coach with shouts of "Ziyech, Ziyech", in reference to the Chelsea midfielder with whom Vahid Halilhodzic is at odds. The former Ajax player also put an end to his international career and declined the call to the national team, although he was called up for this double confrontation. This choice was made because of his conflicting relations with the Franco-Bosnian. A choice that many Moroccan fans believe is solely due to the attitude of "coach Vahid".

"With Vahid Halilhodzic he will not come back"
"Hakim does not want to come because he feels that he was disrespected. It's between him and the coach. I know he loves his country and the national team, he has always given his best. But he explained his choice to me, in my opinion with Vahid Halilhodzic he will not return," confirmed Mehdi Benatia, former captain of the team, in an interview with Foot Mercato. It is a good thing that some fans have become even more resentful of the coach, especially after the performance against the Leopards. The Moroccans looked borrowed and far from being able to raise their level.

The coach is satisfied with this result, knowing that his team is still in control of its destiny. This is not an opinion that is shared by all the team's followers, especially those who were disappointed by the first leg of the play-off. They will not hesitate to call for the coach's head if there is a bad surprise in the second leg on Tuesday.