MVP of the weekend: Mama Baldé on the heels of Neymar 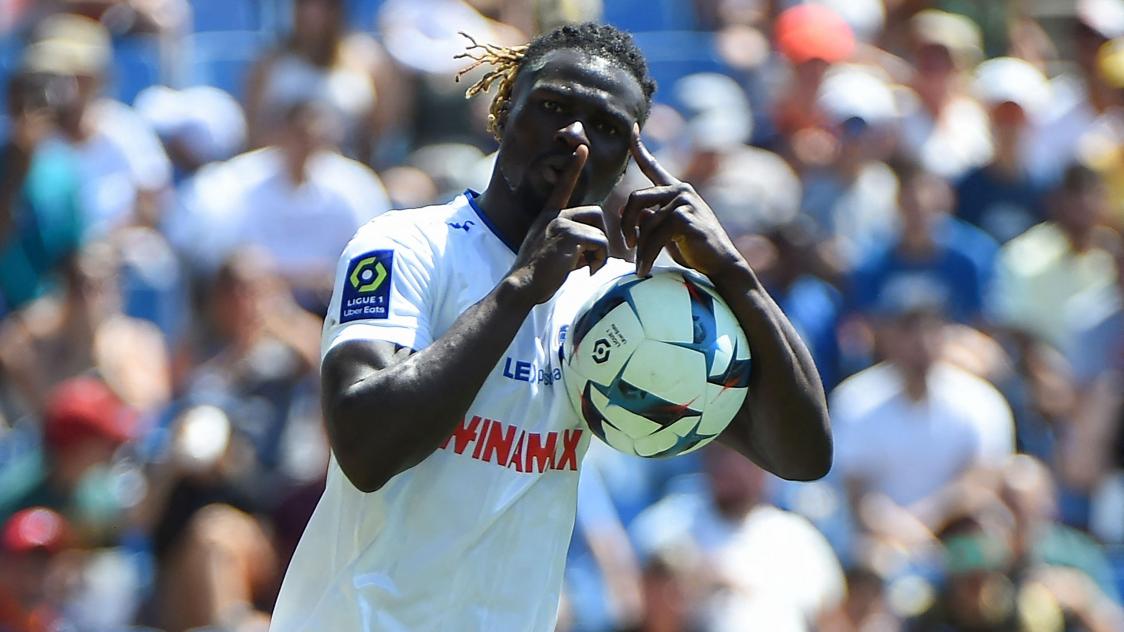 MVP of the weekend: Mama Baldé on the heels of Neymar

Author of a double during the victory of Troyes over Clermont last Sunday, September 18 within the framework of the 8th day of Ligue 1, Mama Baldé succeeds in a hot start of season with the ESTAC. He already has 5 goals and 2 assists and 3 points less than the Brazilian striker of PSG, Neymar.

Mama Baldé is now only three shy away from the top scorer of the Ligue 1 at the beginning of the season, Neymar (8 goals). Author of a double this during the victory of Troyes on the pitch of Clermont (1-3) in the framework of the 8th day of Ligue 1, the Guinea-Bissau striker is now on five goals nearing Neymar. And even if he is far from being as dashing as the PSG striker, he too is marking, in his own way, this beginning of the 2022-2023 season.

Mama Baldé had already struck during the first two victories of his team against Angers SCO (3-1) and Monaco (4-2), but also during the defeat of Troyes against Montpellier (2-3). Interesting statistics that put the star player of the "Djurtus" after a season 2021-2022 to forget. Better than a rebirth, Baldé simply signs the best start of the season of his career. He equals not only his number of goals scored last season (3 in 30 games) with the club after 8 games. But he had also never scored so much on his first five matches in the league in Ligue 1 as in the Portuguese championship.

A return to grace
Arriving at ESTAC in the summer of 2021 from Dijon FCO where he scored 13 goals in 53 games, the 26-year-old striker had a complicated start with his club. If he was not spared by repeated physical problems last season, Mama Baldé also had to leave his team in the middle of the season to take part in the AFCON 2021 in Cameroon. And was not able to follow up on his return after the elimination of the "Djurtus" in the group stage.

But it is a new Baldé with formidable efficiency (3 goals on 9 shots) that discover the ESTAC and the French elite this season. A return to grace that can be explained by his repositioning in the axis of the attacking sector by his coach Bruno Irles. A choice that paid off since the player is currently worth his team a 10th place in the ranking with 10 points. And at this rate, he could, as an individual, finish in the top 5 of the best scorers in the elite at the end of the season.

A departure in January?
While his contract with Troyes runs until June 2025, Mama Baldé is not short of suitors. Two German clubs have indeed approached the French club to try to sign the Guinea-Bissau player during the summer mercato. And given its positive momentum at the beginning of the season, the next transfer window could be very eventful for the side of ESTAC for its current top scorer. But until then, he can enjoy the services of his player who revives.