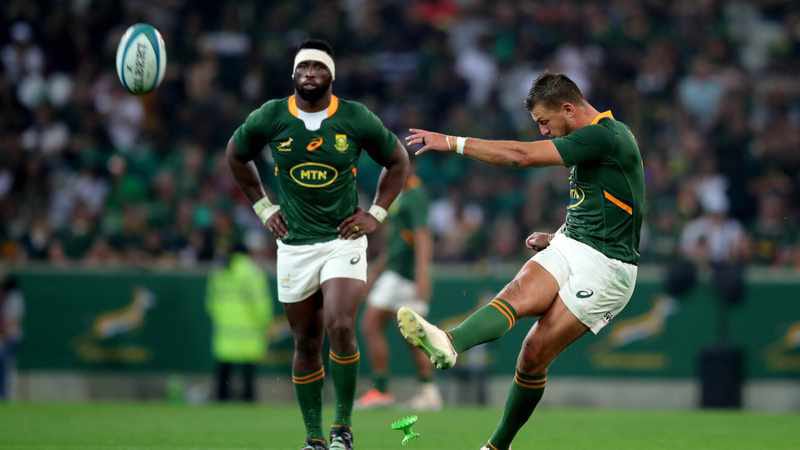 Nienaber’s Springboks have named a 26-strong squad for a three-day training camp next weekend at Stellenbosch to begin preparations ahead of their November European tour. The group includes 17 South African-based players and nine who are currently plying their trade in Japan.

A statement reads: “All 26 players formed part of Springbok coach Jacques Nienaber’s squads that participated in the Castle Lager incoming series against Wales and the Castle Lager Rugby Championship. They will be in the camp until Wednesday, October 26, with a few of the players set to return to their teams for Vodacom United Rugby Championship duty a few days later.

“Canan Moodie, who is nursing a hamstring injury, is among those invited to the camp to allow the Springbok medical team to assess the extent of his injury, especially with the Nienaber and Mzwandile Stick, who will coach the SA A team, under the guidance of SA Rugby’s director of rugby Rassie Erasmus, set to announce a group of 54 players for the tour.

The Springboks will play four Tests on consecutive Saturdays next month – against Ireland in Dublin on 5 November, France in Marseille on 12 November, Italy in Genoa on 19 November and England in London on 26 November on the Castle Lager Outgoing Tour.

Nienaber was excited about the camp and said it would serve the dual purpose of giving the players some valuable training time after a few weeks of individualised training programmes, while simultaneously getting the players back into the Springbok structures and systems with a tough tour ahead, featuring the top two teams in the world in Ireland and France.