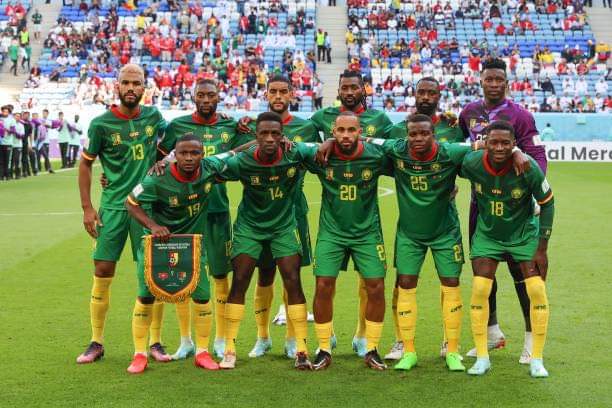 The indomitable Lions will go all out against Serbia as they both aim for their first points in Group G at the 2022 FIFA World Cup.

Cameroon had more shots on target but was beaten by Breel Embolo’s goal in their 1-0 loss to Switzerland.

Serbia faced a tough opener against Brazil and held on until two second-half goals from Richarlison ensured Dragan Stojkovic’s side lost 2-0.

Cameroonian legend Rigobert Song has tended to line up his team to be tough to beat since being appointed in March, but lack of concentration has cost his lads on different occasions.

The gaffer will equally hope that the likes of Eric Maxim Choupo-Moting and Brentford striker Bryan Mbeumo can open their accounts for the tournament.

Serbia boss Stojkovic said in the pre match presser that he is yet to come to terms with his team’s second half loss to Brazil as they were badly hit by injury problems.

The Indomitable Lions described their training session at their base in Al Sailiya on Saturday as “dynamic and very fast paced”.

Juve’s Vlahovic could start Serbia’s second game depending on his injury status following a hamstring suffered on October 21.

Vlahovic made his return to action when he replaced Filip Mladenovic after 66 minutes against Brazil.

Fulham striker Mitrovic, was replaced by Nikola Maksimovic after 83 minutes against Brazil, while another Juve player Kostic was an unused substitute and it’s unclear if he’ll be able to play a role this time around.

Both teams need a victory to keep a R16 slot within reach.