Qatar 2022 - Morocco: Zoom in on Yassine Bounou the safe hands 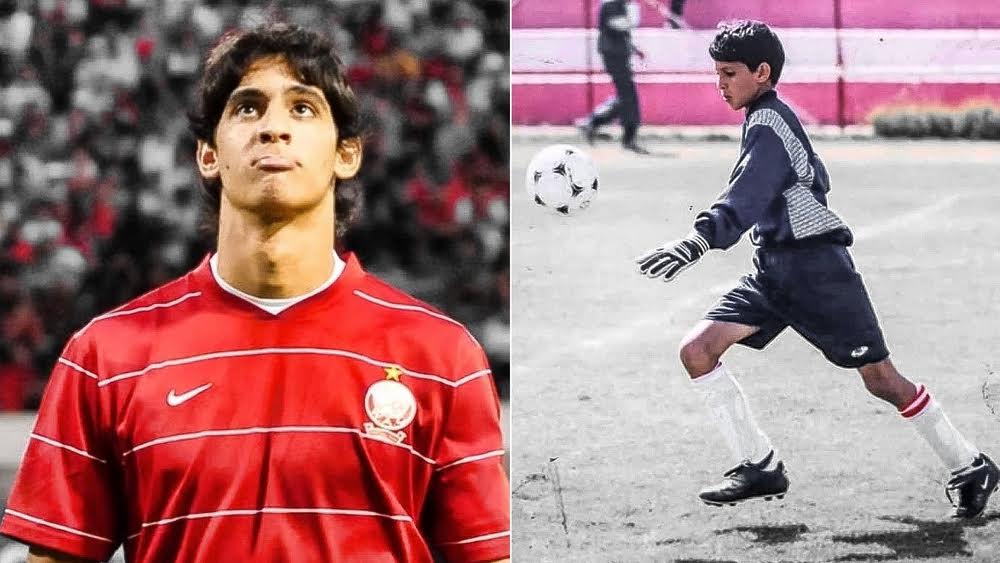 Qatar 2022 - Morocco: Zoom in on Yassine Bounou the safe hands

At 31 years old, Yassine Bounou is one of the best goalkeepers in the world. The Moroccan international will be one of the key players for the Atlas Lions in Qatar (20 November-18 December). A last line of defence, hard-working and patient, he has been praised in his country.

Yassine Bounou's background is atypical. His story shows that with patience and self-sacrifice anything can be successful. The Atlas Lions' last line of defence owes his success to his hard work, but above all to his patience. Born in Canada, Bounou returned to his country of origin. His father teaches there as a professor in a well known college. The young Yassine, in love with the ball, joins, at 8 years old, the training center of Wydad of Casablanca. The most successful club in the Cherifian Kingdom. He made his first steps there. At 19 years old, Bounou is still under the supervision of a certain Nadir Lamyaghri, who is also in the national team. But the young keeper is learning fast.

The day that changed everything
Followed by former Moroccan internationals such as Badou Zaki, many good things are said about the keeper. "He was characterized by many techniques that goalkeepers needed, and I always bet that he would one day be one of the most prominent goalkeepers in the world," said Badou Zaki, former African Ballon D'or winner. However, Bounou will have to wait to be propelled to number 1 at Wydad. In 2011, everything changes. In the final of the CAF Champions League against Esperance Tunis, Lamyaghri is injured. Bounou takes his place in the sticks of Wydad and illustrates himself during a memorable meeting. His spectacular saves show that a great keeper is born. Even if Wydad finally lost (1-0), the performance of Bounou, "man of the match", is on everyone's lips in Morocco.

On the side of the Wydad fans, they only talk about the young keeper who will quickly pack his bags to join Atletico Madrid. Mohcine S., an unconditional fan of Wydad, remembers his few games in "Botola". "He is first of all an elegant goalkeeper, who has the stature. He (Bounou) is not afraid to go out to prevent the striker from scoring. If he was a field player, he could easily play as a defender or defensive midfielder with his game," says this fan.

Without lasting in "Botola", Bounou arrived in Spain in 2012. At the Colchoneros, he will unfortunately be barred by the tough competition. "Bono is reaping the fruits of his patience, his state of mind and his great professionalism. He has remained committed and waiting for the opportunity, since he was at Wydad, where he played very young alongside the first goalkeeper Nadir Lamyaghri. I also predicted that he would be the starting goalkeeper of Atletico Madrid during his stay at the club. But things did not go in his favor. Only, with seriousness and patience, he was able to handle the pressure and compete with the best goalkeepers in La Liga," said Zaki.

The big disappointment at the Colchoneros
With the Colchoneros, things did not go as planned. Bounou was initially playing in D3. The departure of his competitors should allow him to be number 1, but the formation led by Diego Simeone prefers Jan Oblak. A frustration for Bounou who asks for a transfer to continue his progression. The Moroccan is loaned to Zaragoza then in D2 in 2014. He spends two years before joining Catalonia by signing in Girona in 2016. A club where he realizes great seasons despite the descent into D2.

The goalkeeper of 1.92 m is quickly spotted by Sevilla which offers him a great opportunity to continue his career in La Liga. There too, the competition is tough for the player who arrived on loan. If Sergio Rico is behind him, Tomas Vaclik is considered as the main goalkeeper. Bounou is still distinguished in the European Cup and in some games of La Liga. The 2020 season will remain beautiful memories, since the Moroccan allows Sevilla to win the Europa League by making high quality games against Manchester United but especially against Inter Milan. Meanwhile, Bounou was number 2 in the selection and watched Munir El Kajoui keep the cages of the Atlas Lions in Russia in 2018 and during the AFCON 2017.


Bounou blossoming at the right time
In 2021, the Moroccan international is among the best goalkeepers in La Liga. However, the Zamora trophy for the best goalkeeper eluded him. It is only a postponement. In 2022, at the end of a memorable season (24 goals conceded), Bounou finally obtained the sesame becoming the second African keeper rewarded after Jacques Songo'o. A just distinction that comes at the right time Since the Moroccan has become one of the key pieces of the Atlas Lions. While he was number 2 in the cages four years ago. In Qatar, Morocco relies heavily on the lanky goalkeeper, who has three clean sheets with his team.

With a tough group, the defense and especially Bounou will be key to getting through the first round. "I predict an excellent performance from Yassine Bounou in the World Cup. He is part of the very short list of the best goalkeepers in the world, especially since he crossed a level with Sevilla, " said optimistic Badou Zaki. For the public, a good World Cup of Morocco will necessarily pass by solid performances of the last goalkeeper of the Atlas Lions.