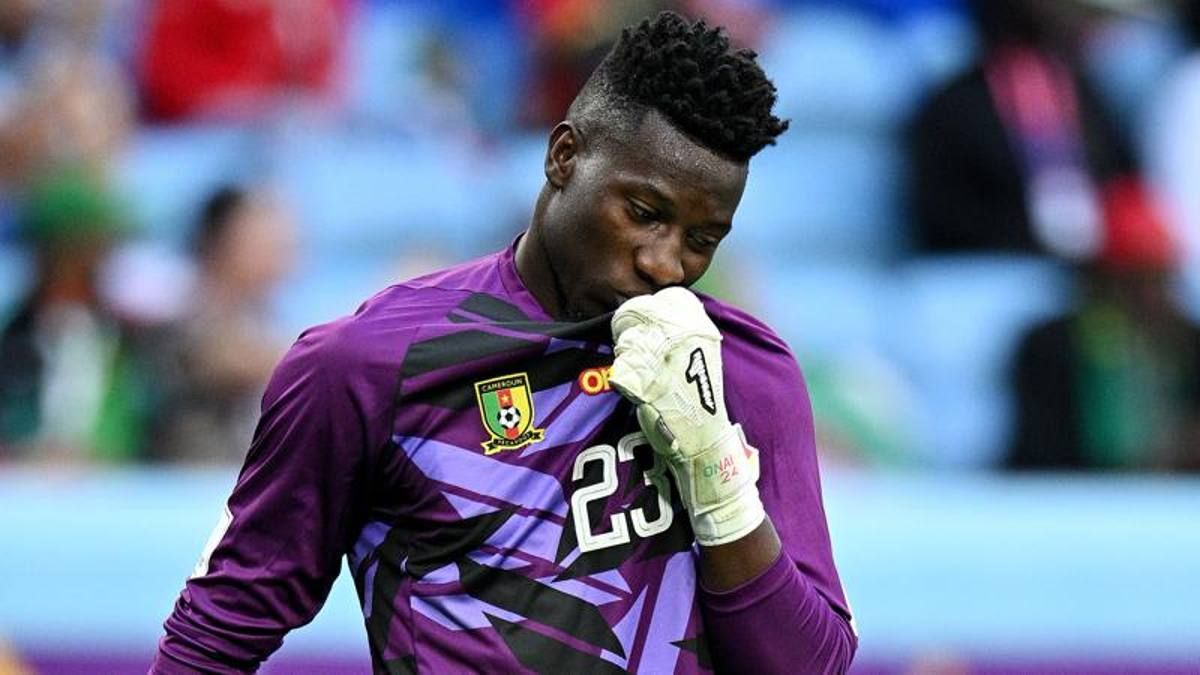 Andre Onana is in his native Cameroon after deciding to ditch a flight to Italy for Cameroon, where he would spend a couple of days with his family before heading to Europe, SNA can confirm.

The 26-year-old was sacked from the Indomitable Lions camp and he left Doha on Tuesday, Nov. 29. Before his departure from the Banyan Tree hotel, the 26-year-old made an official statement trying to explain the exact reason for his rustication.

'I want to express my affection for my country and the National team. Yesterday I was not allowed to be on the ground to help Cameroon, as I always do, to achieve the team's goals. I always behaved in a way to lead the team to success in a good manner.

'I have put all my efforts and energy into finding solutions to a situation that a footballer often experiences, but there has been no will on the other side. Some moments are difficult to assimilate. However, I always respect and support the decisions of the people in charge of pursuing the success of our team and country.' part of Onana's statement reads.

In fact, the La Masia graduate indicates in the second paragraph of his release that there was indeed an altercation as regards the team selection with coach Rigobert Song.

SNA learned that Onana was not happy with the team selection to face Serbia, and he beseeched coach Song to tweak the line up.

Rigobert Song, who is no school boy in the game having played the most number of games for Cameroon (137), participating in four World Cups within that period, took exception.

Rigobert Song alongside the Cameroon Football Federation then suspended Onana and replaced him with Davies Epassy for the game against Serbia.

Song highlighted post match against Serbia that he prefers the group than an individual, adding that Onana was axed out of the team due to gross indiscipline.

The Cameroon Football Federation then sent out a release on Monday night, standing by the decision of Rigobert Song to send the glove-man parking.

The Federation went further to write Inter, explaining that the player was sent out of camp. Andre Onana from credible reports did not take a flight ticket from the Federation, as he bought his air ticket and headed to Yaounde.

The former Ajax man is expected in Inter in the next few days after a stint with his family in Cameroon.