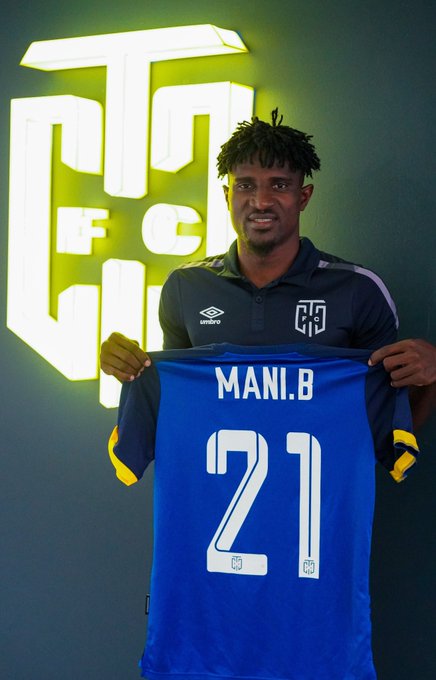 The erstwhile Colombe of Dja forward had earlier left the country after the qualification of the intermediate Lions to the African Nations Championship in September where he played a role leading Cameroon's team to victory ahead of Equatorial Guinea in the two legged clash.

Cape Town City are known for their impressive scouting system of young talents, and it could just be the perfect club for the growth of Bertrand Mani.

25-year-old Mani ended last season on 20 goals and was a standout player all through the season. He has always been around the corridors of the national selection. The forward represented Cameroon at the 2020 African Nations Championship and played three games as the intermediate Lions who finished fourth in the 16-team tourney.

Cape Town City finished on a CAF Champions League spot last season and coach Eric Tinkler has made Ambina his go-to-guy in the middle of the pack. There should be a good Cameroon connect if Mani hits the ground running as fast as Ambina did.

No details of the transfer has been made public this far.