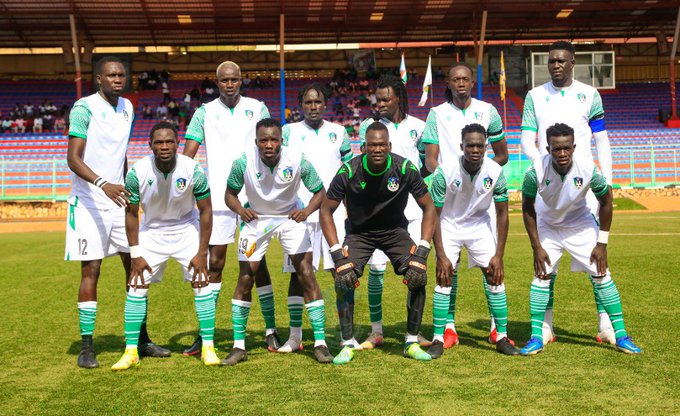 South Sudan have ejected Djibouti to book a slot in the TotalEnergies Africa Cup of Nations (AFCON) 2023 group stage qualifiers.

The Bright Star of South Sudan needed a Peter Chol goal after 55 minutes to stop Djibouti in the return leg of the preliminary round match played on Sunday at the St. Mary's Stadium, Kitende.

After several shots at goal by Tito Okello in the first half that failed to find the target, Chol made no mistake from close range to score the only goal.

South Sudan went on to qualify on a 5-2 goal aggregate. Stefano Cusin, the South Sudan head coach praised his players for the hard work over the two legs.

“The players responded well and we are happy to make it to the group stage of the qualifiers. The first target has been achieved and now we must continue working hard to get the team stronger,” Cusin told Sport News Africa.

Peter Maker Manyang, the Bright Star captain, thanked all the fans who traveled from South Sudan to support the team in Kampala. “We shall continue to work hard to be able to get positive results and make our fans happy,” added Manyang.

Besides South Sudan, Lesotho, Eswatini, and Sao Tome & Principe also make it to the group stage of the AFCON 2023 qualifiers. The last match of the preliminary round between Gambia and Chad will be played on March 29th, 2022.