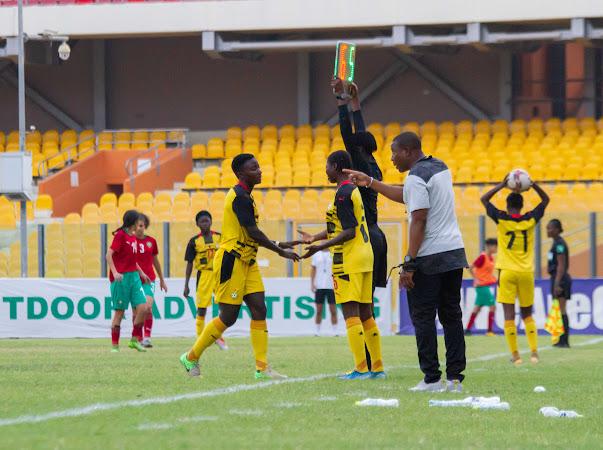 Head coach of Ghana’s under 17 women’s national team, Baba Nuhu says his side are ready to pick another victory against Senegal tomorrow at the Accra sports stadium in their return leg of the FIFA U17 women’s World Cup .

Ghana beat Senegal 1-0 in the 1st leg and Coach Baba Nuhu wants to ensure that the team records the double against the Young Teranga Lionesses on Sunday.

“For the return leg, I know it is not going to be easy but I trust myself, I trust my technical staff and I trust my players to deliver for Ghanaians. Whatever I tell them considering the kind of training I have taken them through, I have every hope that with the corrections made, we are going to play well and win convincingly”.

General Captain,  Zuleiha Fuseini admits the Senegalese were tough customers in the first leg but the Black Maidens are well armed for the fixture.

“We had a tough one against our opponents but had one goal in the end. Even though it won’t be easy, our competent coaches are at our maximum best with preparation for Sunday’s game.

We only plead with Ghanaians to come out in their numbers and give us their maximum support. We shall surely deliver the 3 points” she added.

The Black Maidens have been to six World Cup competitions since its inception in 2008 having finished third in Azerbaijan in 2012.

The 2022 FIFA U17 Women’s World Cup will be held in India later this year.