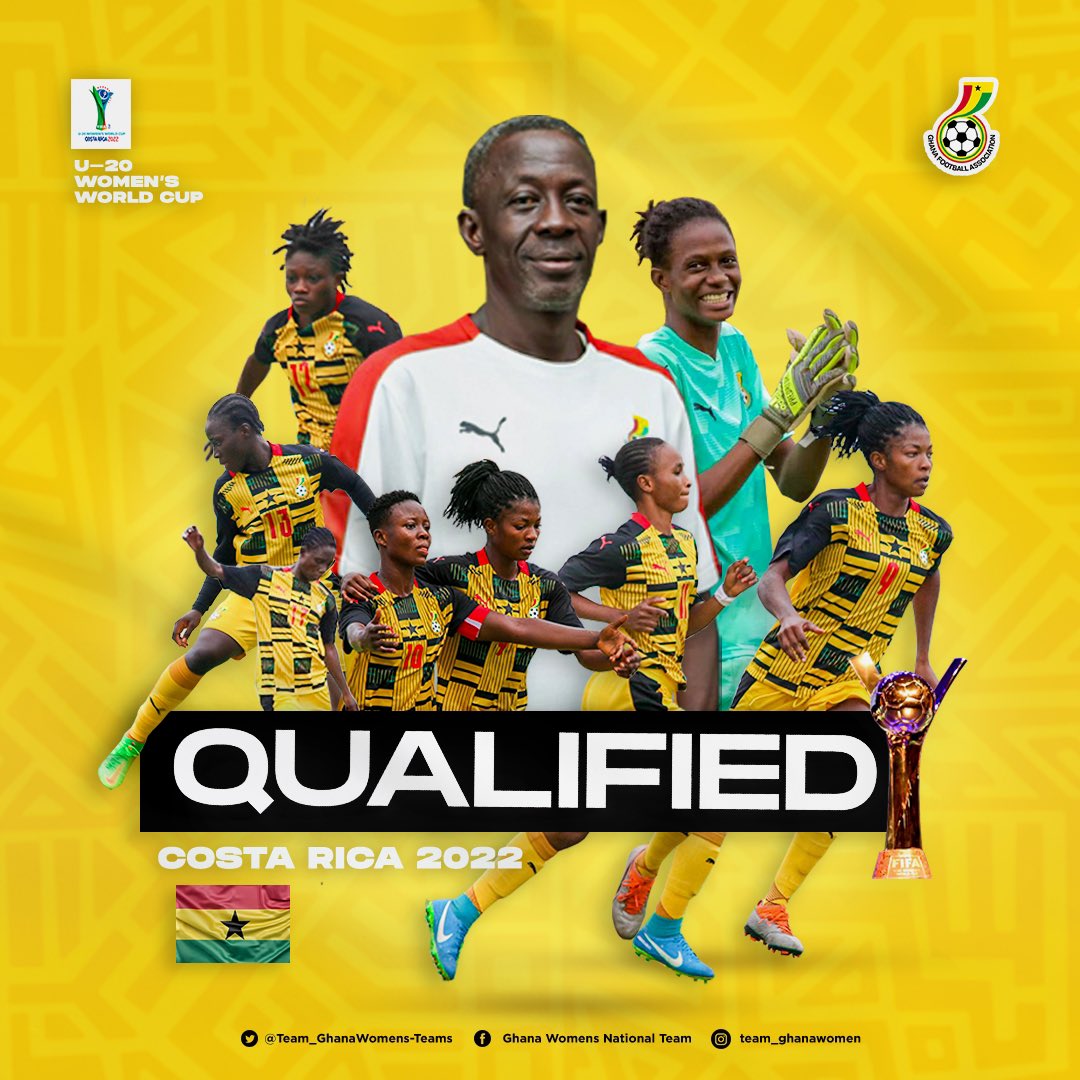 Ghana under 20 women’s national team has successfully earned their sixth consecutive qualification to the FIFA U20 Women's World Cup to be held in Costa Rica after defeating Ethiopia 5-1 on aggregate.

Ghana’s Black Princesses made their first appearance in 2010 in Germany, and have gone ahead to participate in the subsequent five tournaments (2010, 2012, 2014, 2016, 2018) but they have never gone pass the group stages of the tournament.

Head coach of the team, Ben Fokuo praised his players for putting up a great performance to earn the nation its sixth qualification and revealed their target of qualifying from the group stages in the tournament.

“The girls did well, although we didn't won by the margin we wanted but they did play according to instructions. We won 3:0 in Ethiopia and wanted scoring more here, but it didn't happen. Our target now is to break the jinx of not going past the group stage at the World Cup. Since we've qualified, we will strengthen areas that we are weak because Africa's football can't be likened to the Women's World Cup, so we must work on ourselves before we get there."

Sixteen (16) teams will qualify for the final tournament including host, Costa Rica, with two from Africa.

Nigeria is the most successful African team. They have qualified for all the previous nine editions of the tournament. They were runners-up in 2010 and 2014 but the overall, the most successful teams are the United of America and Germany with three titles apiece.