World 2022: Cameroon with or without Zambo Anguissa? 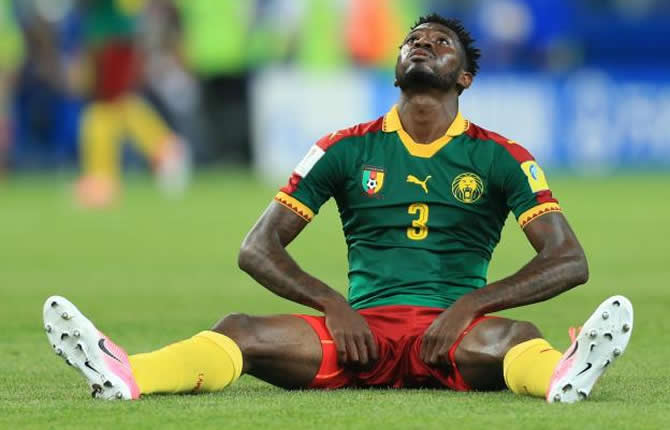 World 2022: Cameroon with or without Zambo Anguissa?

Despite his sparkling form at the beginning of the season with Napoli, the midfielder of the Indomitable Lions is not sure to play the World Cup in Qatar. Explanations.

"Zambo Anguissa is in the group. He was just rested." The words of Rigobert Song, to justify the recent non-convocation of the Napoli midfielder, do not convince many in Cameroon. According to some indiscretions, the 26-year-old player would have been sidelined for this September FIFA period.

But by whom? "Some leaders of the Fécafoot who have arranged for his name not to be part of the list of selected," murmurs one in the entourage of the former Marseille player.

A person close to the player says that the aim of the maneuver was "to prove that he is not indispensable and that we can do without him at the World Cup 2022". A version that reminds the president of the Cameroonian Football Federation released after the short victory (0-1) against Burundi on June 9. "The places for the World Cup will be expensive, I tell you. No one has a guaranteed place in this team," warned Samuel Eto'o.

"Zambo Anguissa is one of the players to whom Mr. Eto'o was particularly addressed that day," said an anonymous employee of the Fécafoot.

Eto'o, Zambo and the AFCON 2019
Since then, a question animates the debates: André-Frank Zambo Anguissa will he be or not at the World Cup 2022? Author of an excellent start to the season with Napoli, the former player of Fulham and Villarreal is the target of many critics. These critics dispute his status as the cornerstone of the Indomitable Lions' midfield.

He is accused of being more involved in the games with his club than with his country. "His performances with the Indomitable Lions always leave a taste of unfinished business, says Dr. Claude Kana, expert and historian of Cameroonian soccer, who spoke to Sport News Africa. “At each match, we wonder if we are not dealing with his distant cousin, so obvious are his qualities at club level, and so borrowed he seems with the Lions. Never in the right tempo, always a control or a dribble too much, passes to the back, not always pressing."

To summarize things, the midfielder of Napoli would drag, under the Cameroonian jersey, a nonchalance that borders on smugness. This would have earned him remonstrances from Samuel Eto'o during the AFCON 2019. A source of SNA recalls: "During this AFCON in Egypt, Samuel Eto'o had said his disappointment to Zambo Anguissa who, for him, was content to give the strict minimum, playing casually. The coach of the time, Seedorf, had made the same criticism. That's why Zambo Anguissa started the match of the last 16, lost 3-2 against Nigeria, on the bench."

Three years after this AFCON 2019, Zambo Anguissa still represents a credible option for the Indomitable Lions. It's hard to deny that the Napoli metronome deserves his place at the 2022 World Cup. During his absence, indeed, the Cameroon team has shown its shortcomings in the midfield: lack of organization, disjointed play and jumbled waste. So, can Cameroon really do without Zambo Anguissa?