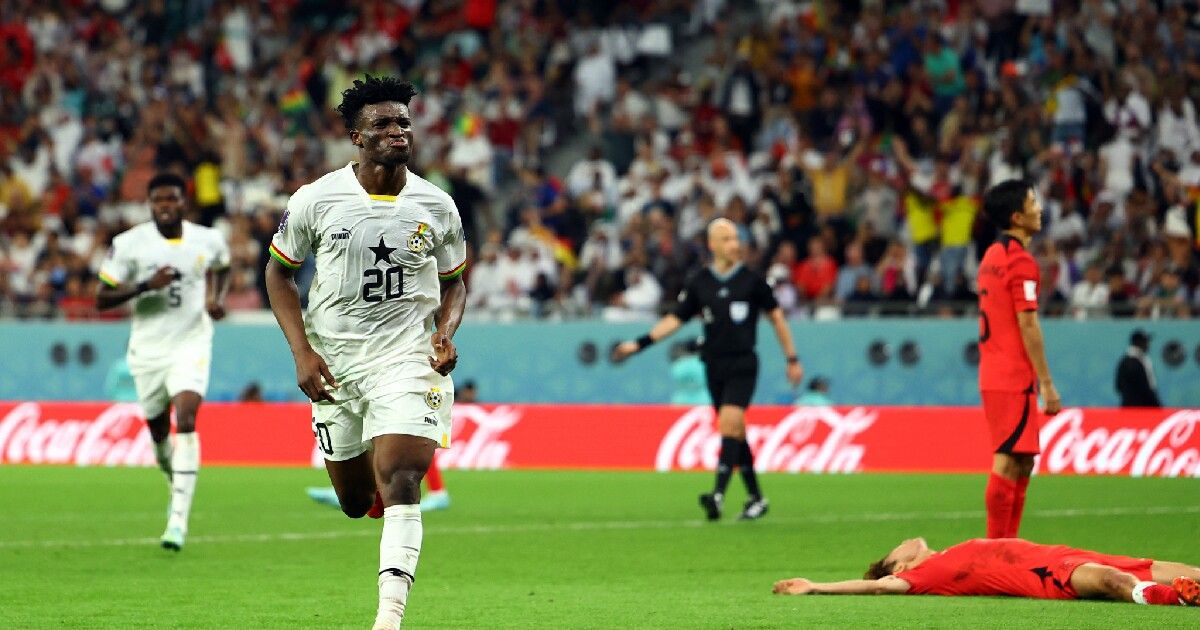 The Black Stars were defeated (3-2) by Portugal on the first day, but they got back on track by dominating (3-2) South Korea, this Monday, November 28, for the second day of Group H of Qatar 2022. Thanks to whom? The striker of Ajax Amsterdam.

Mohammed Kudus (34th and 68th) scored twice as a reward for his XXL performance and can be considered as the main hero of Ghana's victory (3-2) against South Korea for the second day of Group H of the 2002 World Cup.
With this success - the third of Africa in the competition, after those of Senegal and Morocco, the Black Stars are back in the race for the second round of the World Cup. They will have to go for the qualification in front of Uruguay on Friday, December 2 (3rd day).

The Celeste cruelly deprived the Ghanaian selection of a World Cup semi-final in 2010. There will be an air of revenge. Of settlement of accounts.

Mohammed Salisu, with a header, had opened the scoring for Ghana. Kudus, then, had doubled the lead. Cho Gue-sung, who also scored twice (58th and 61st), put the South Koreans back on track. It took the Ajax Amsterdam player just seven minutes to score a third goal that allowed the Ghanaians to regain the lead and forget their defeat (2-3) against Portugal on the first day.