World Cup 2022: Difficult but playable for the African selections 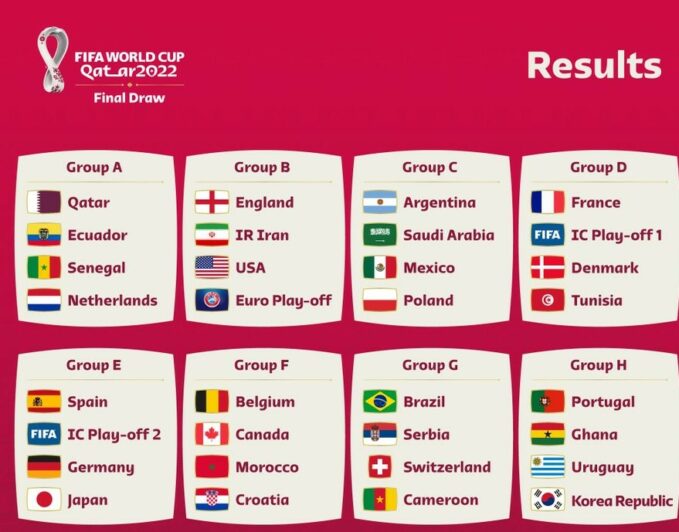 World Cup 2022: Difficult but playable for the African selections

The five African selections know their group opponents for the 22nd edition of the World Cup. Lodged in the same group as Brazil and Croatia, Cameroon has perhaps drawn the most difficult group.

In 2018, Morocco was really not favored. The Atlas Lions had to deal with Cristiano Ronaldo's Portugal, the Spanish steamroller and the surprising Iranians. Four years later, the Atlas Lions have a less difficult group. Achraf Hakimi and his teammates are in Group F with Belgium, third in 2018, Switzerland and Canada.

The Indomitable Lions face Brazil of Neymar. The Indomitable Lions have  been drawn with Brazil, the most successful nation in the competition. Undefeated during the qualification in South America, the Brazilians are constantly cited among the favorites of the World Cup in Qatar. In this group, there will be also Croatia, vice-champion of the world and Serbia.

Van Dijk-Sadio Mané, duel of Reds The African champions will play in pool A with the host country, Qatar. There will also be the Netherlands in this group with Senegal. The Lions will play their first match against the Orange. A duel between Virgil Van Dijk and Sadio Mané who are in the same club in Liverpool. Ecuador is the 4th team in this pool.

Tunisia in the group of world champions

Tunisia will share group D with France, the defending world champion. There is also Denmark in this group. The fourth and final team will be known in June. It will be between Peru, Australia and United Arab Emirates.

The Blacks stars will indeed meet Uruguay of Louis Suarez, 12 years after the episode in South Africa. The Uruguayans had eliminated Ghana in the quarter-finals on penalties, after a penalty missed by Gyan Asamoah in the very last minute of extra time. Portugal of Cristiano Ronaldo and South Korea are the other two opponents.

Here is the composition of all the groups