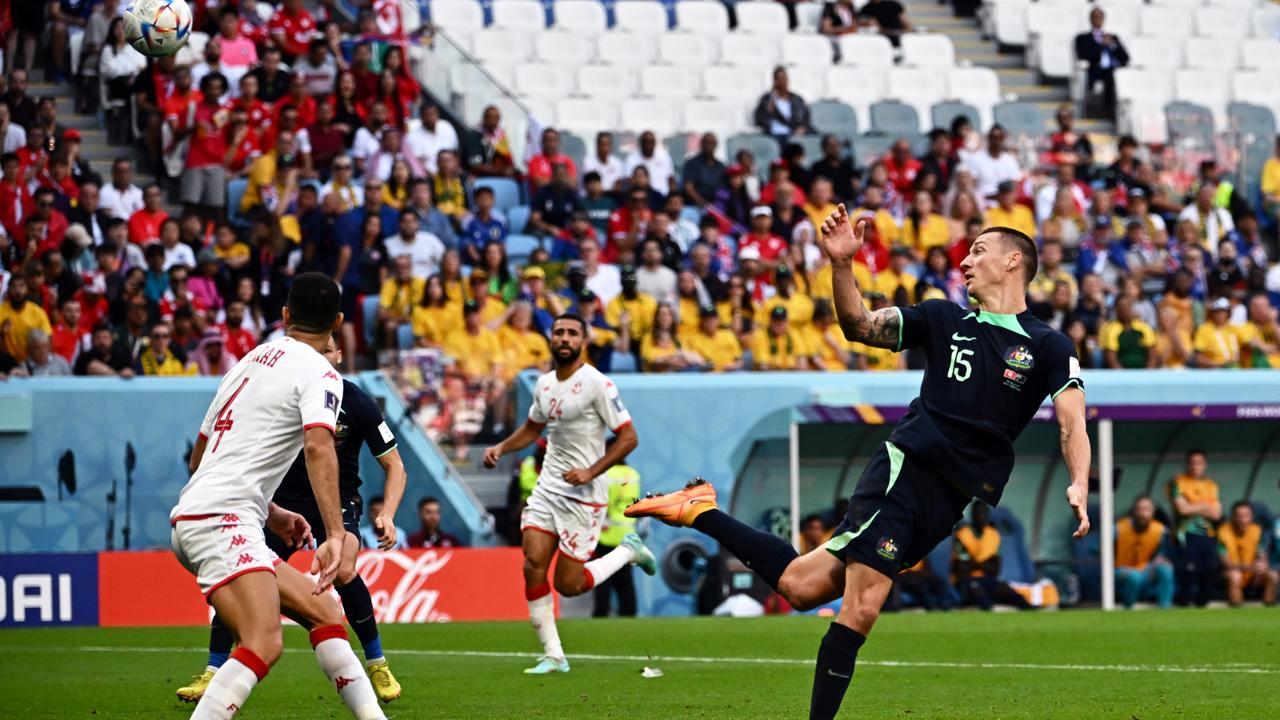 After a promising draw (0-0) against the Vikings of Denmark (1st day), the Eagles of Carthage lost to the Socceroos of Australia this Saturday, November 26. They are condemned to beat France in the third and final day of the group stage.

Tunisia lost this Saturday, November 26 for the second day of Group D of the World Cup 2022. Duke is the only scorer of the game (23rd). The Australian striker has destroyed the ambition of the Eagles of Carthage to follow up with a victory after their promising draw (0-0) against Denmark (1st day).

The Tunisians (1 pt, -1) are now the bottom of their group. They are condemned to win against the French, Wednesday, November 30 (3rd day), if they want to keep a chance to qualify for the second round of the Qatari World Cup.

Regrets galore
The Eagles of Carthage can feed regrets. To have lacked vigilance on the Australian goal. To have sinned in the efficiency on the numerous chances they created. And, above all, to have waited until the second half to privilege the game on the sides, their strong point.

For the third face-to-face between his team and Australia, the coach of Tunisia, Jalel Kadri, has made only one change in his starting eleven compared to the match against Denmark. Anis Ben Slimane is replaced by Naïm Sliti. Not used during the first day, Wahbi Khazri was left on the bench.

The Tunisian technician's instructions seemed to be to pass through the axis of the Australian defense to find the breach. Unfortunately for the Carthage Eagles, the Socceroos had erected an impenetrable wall with several curtains to protect their keeper, Mathew Ryan. For the rest, Australia put a lot of physical impact and, especially, a lot of efficiency.

Indeed, it took only two shots on target during the whole game to find the breakthrough thanks to Mitchell Duke. The striker of Fagiano Okayama (Japan) took victoriously a cross of Goodwin slightly deflected by Skhiri.

Tunisia condemned to beat France
The score will remain unchanged. Despite the many offensive changes made by Jalel Kadri to revitalize his team. Despite a drop in the Australians' performance. And despite the multiple attacks of the Eagles of Carthage, especially in the last minutes. Sliti, Kechrida and Khazri passing in turn by the equalizer at the end of the game.

For the second victory of Africa at the World Cup 2022, after that of Senegal (3-1), this Friday, November 25, against Qatar, it could or should come from Morocco, which will face Belgium on Sunday 27.

Tunisia is not eliminated. But the road to qualification looks sinuous. Indeed, the Eagles will have to beat the defending world champions to hope to remain in the race. Frnace has already qualified for the round of 16 after their victory over Denmark.