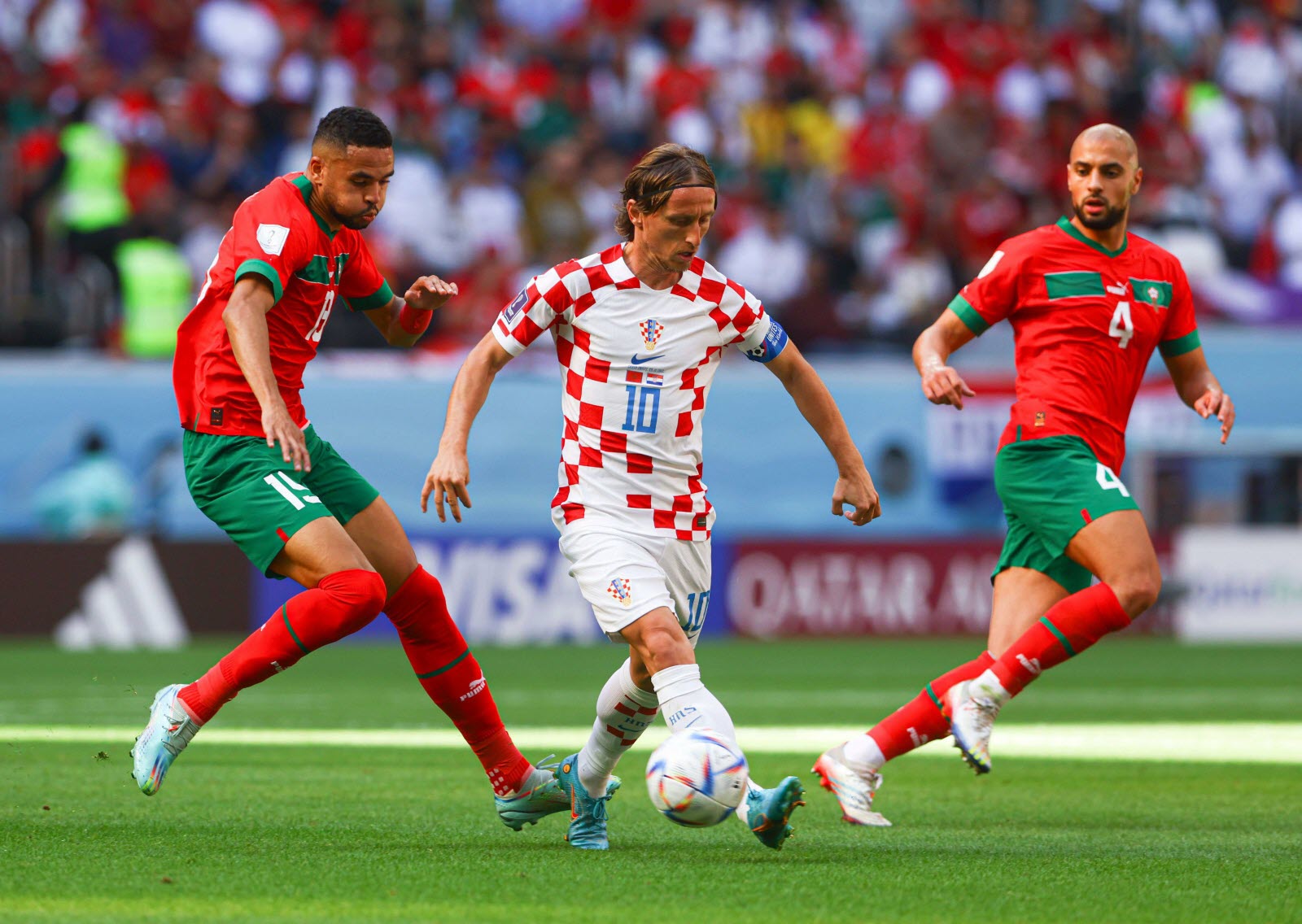 Morocco made its entry in the competition in this World Cup 2022. The Lions of the Atlas resisted against Croatia, vice-champion of the world in 2018.

Group F offered its first match in this 2022 World Cup. In an Al Bayt Stadium filled with Moroccan fans, the Atlas Lions drew 0-0 with Croatia.

In the first half, Morocco has perfectly controlled its game, especially in the heart of the game. The Moroccan midfielders cut perfectly the Croatian passing lines, preventing the trio Brozovic-Modric-Kovacic to feed the strikers. Despite a good rhythm and commitment, the two teams did not shake the net in the first act (0-0). Yet, Croatia almost opened the score but Yassine Bounou made a magnificent save in front of Nikola Vlašić (45+1), while Luka Modric put the ball over the goal (45+2).

Morocco stays resolute
At the beginning of the second half, Morocco will have its first big chance. Noussair Mazraoui thought he had opened the score but was beaten by the Croatian goalkeeper (51st). However, the fullback was injured on the action, with a blow to the hip. He gave way to Yahya Attiat-Allah. This exit does not discourage the Atlas Lions who continue their very good game. Achraf Hakimi (65th) sends a missile from a free kick but the Croatian goalkeeper Dominik Livaković stops again.

The Atlas Lions play their offensive cards well, and defend perfectly on the teammates of Luka Modric. Morocco can actually have regrets in this match. The Moroccans had shots more times (8 against 5) than their opponents, with the same number of shots on target. However, this draw allows Walid Regragui's men to keep their chances of qualification intact. Next appointment, this Sunday against Belgium.