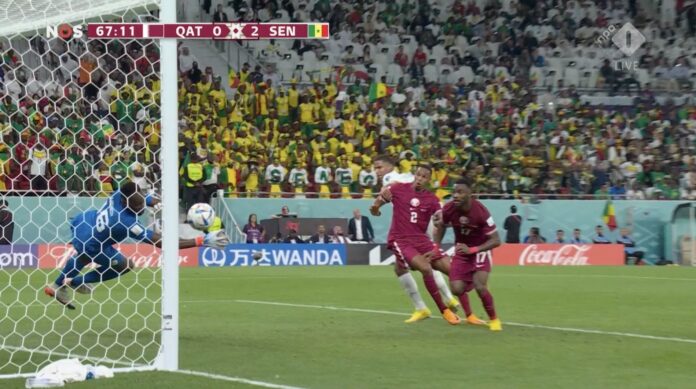 The best way to silence any form of critics is by performing on the pitch and Senegal's keeper Edouard Mendy knows this best. The short stopper was equally influential in Senegal's latest victory against host Qatar on Friday afternoon. A record number of saves in the game following heavy criticism after their loss to The Netherlands on match day 1.

Great players have something special. They can quickly make reparations on and off the pitch. Adulated after the title of African champion last February, Edouard Mendy suffered the wrath of observers and fans after his two mistakes against the Netherlands. They were indeed many to pillory him. Some even called for his outright replacement by Queens Park Rangers goalkeeper Sény Dieng. Mendy, who was also weakened at Chelsea, was expected to play against Qatar.

The least we can say is that the 30-year-old goalkeeper has answered present and made some amends for his recent blunders against The Netherlands. If he had nothing to do in the first half, Edouard Mendy had a lot to do in the second half. Faced with the constant waves of the Qataris, the last defender certainly gave in once (78th), but he made some great saves. His intervention in front of Ismaeel Mohammad (67th) made the rounds of social networks with a monstrous reflex save. A few minutes earlier, he had made a great save against Almoez Ali (63rd).

A crucial meeting against Ecuador
"Edouard Mendy is doing well. He's a boy with a strong mind. Of course we had to talk to him, as I do with most of our players. The qualities of Edouard are not to be doubted. These words, which came out of the mouth of Aliou Cissé on Thursday in front of the press, have undoubtedly boosted the morale of the Senegalese keeper. His performance against Qatar suggests a return to form. It remains to be seen if the former Reims goalkeeper will still have this quality on his line against Ecuador on Tuesday. Senegal (3rd, 3 pts) must win against Ecuador (2nd, 4 pts) if they want to play in the round of 16 of the World Cup 2022.