Yannick Noah: "I will never do anything against Samuel Eto'o 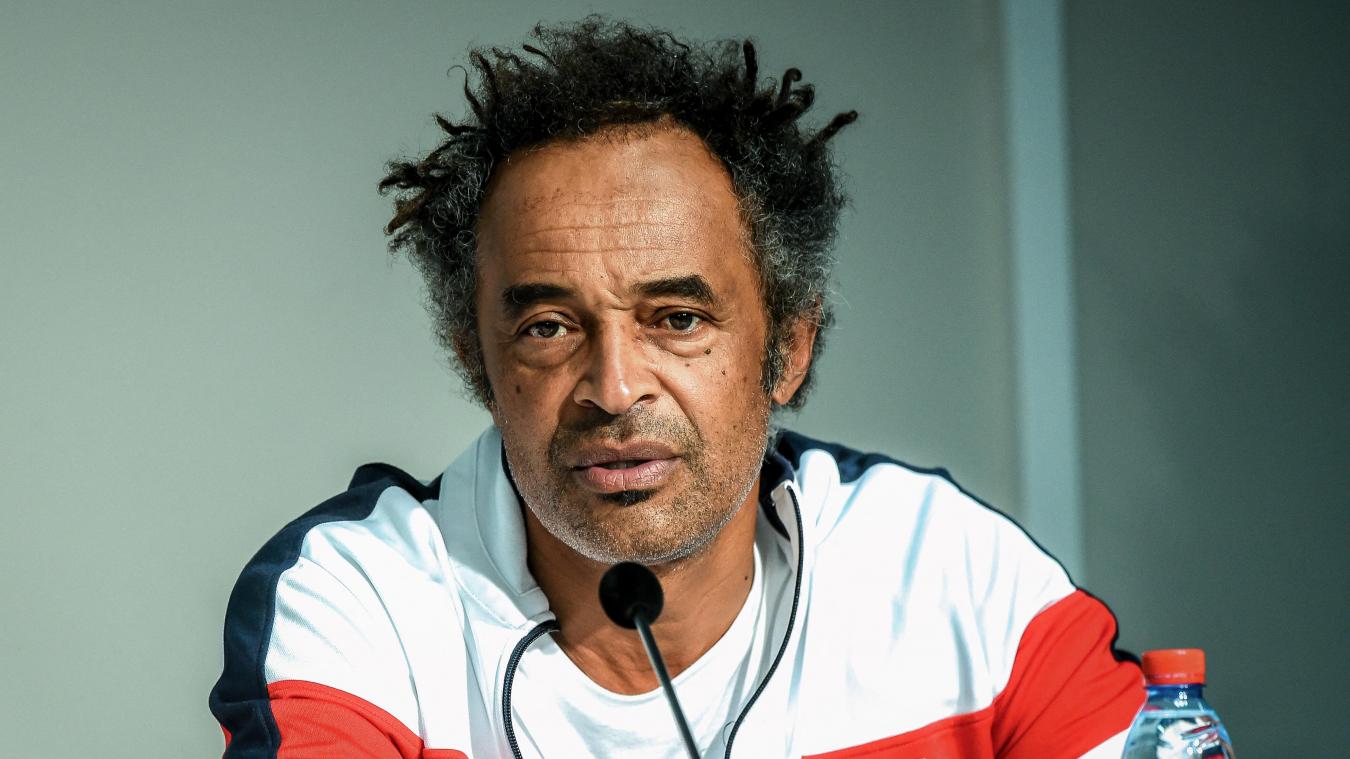 Yannick Noah: "I will never do anything against Samuel Eto'o

Embarked, obviously in spite of himself, in the case that opposes Le Coq Sportif to the Cameroon Football Federation, Yannick Noah wanted to make things clear: "I am not at war with anyone."

The events are unfolding in early 2019. In Cameroon, the contract with the German firm Puma had just come to an end. The Cameroon Football Federation (Fécafoot), which is coming out of a long period of provisional administration could not renew the lease. However, from June (2019), the women's team will play the World Cup in France, while the men's team will go to Egypt for the African Cup. Faced with the shortening deadlines, the Fécafoot calls on Yannick Noah.

The Frenchman of Cameroonian origin, who is the ambassador and shareholder of the company Le Coq Sportif, is making use of his connections. The French firm agrees to dress the Cameroonian selections despite the pressure and time constraints. "Three years ago, the question arose, Cameroon had no equipment manufacturer, rewinds Yannick Noah on the public television channel of Cameroon. I did everything I could to get Le Coq Sportif to come to Cameroon. What is the problem? Why did I want Le Coq Sportif to come to Cameroon? Because that's my patriotic side."

Noah: "I have a lifetime contract with Le Coq Sportif."
If three years ago, the winner of the Roland Garros 1983 edition, thought he was fulfilling a duty, today, he is thrown to the popular vindictiveness. Many call him unpatriotic. Because the company whose brand he defends has gone to war with the Fécafoot and its boss Samuel Eto'o, for improper breach of contract. Yannick Noah has indeed activated some lobbies in Yaoundé. He and the president of the company, Marc-Henri Beausire, were received several days ago in audience by the highest authorities of the country. And this is what angers some fans of Samuel Eto'o who do not hesitate to attack his person.

"When I see what happens (on social networks), I am a little disturbed," said the 62-year-old former tennis player. I'm not at war with anyone," he said. And we are talking about the image of our country. Anyway, the truth always comes out. I will never do anything against my younger brother (Samuel Eto'o, editor's note) and never against the Cameroon national team because of a personal interest."

He assures that his involvement in this case is due to the fact that he has "a lifetime contract with Le Coq Sportif".