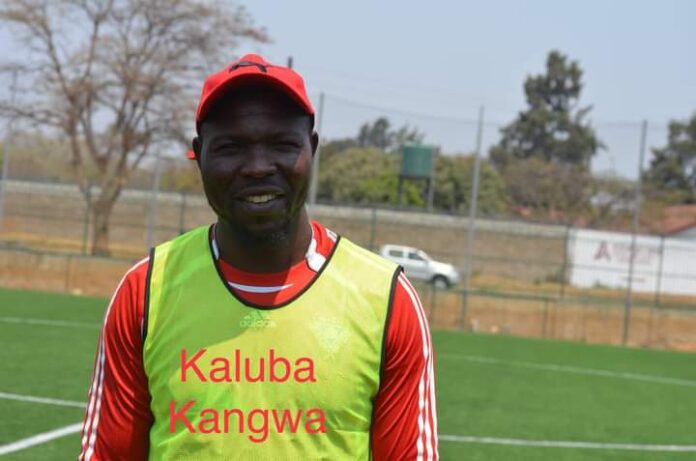 Kaluba Kangwa, the coach of the women's U17 team for nearly a decade, is the first official to be named in the sexual abuse scandal that recently rocked the Zambian soccer federation.

After announcing an official investigation, the FAZ declined to comment. Without any names or specifics, the federation reminded local media of the importance of qualifying for the Women's World Cup and the upcoming friendly against the Netherlands. "They're trying to cover it up by talking about something else," said two Zambian journalists. Contacted by many people following our article, Sports News Africa is able to confirm the sexual abuse of several individuals, still employed by the Zambian federation, including the U17 coach, Kaluba Kangwa.

Quoted in the email sent by a victim, incriminating him of having impregnated a 15-year-old player in 2013, Kangwa has been accused by other players and supervisors of the national team. "He's not the only one doing it," one of them immediately brushes off. "There are several of them. They take advantage of our social status. The majority of the players come from disadvantaged backgrounds. Playing for the national team gives us the opportunity to get out of poverty. If we don't play, it will be impossible to have a career. They take advantage of that, like coach Kaluba Kangwa."

In 2013, Kangwa was employed by a local NGO working in the slums of Lusaka, the capital. Mixing civil society and sport, BUSA (Bauleni United Sports Academy), allows girls and boys from 4 to 20 years old to have regular sports activities with volunteer or professional coaches. It is here that Kaluba Kangwa "had a relationship with several underage girls", according to two former participants. Journalist Augustine Mukoka even published exchanges with a former teacher who mediated between the family of the 15-year-old girl who became pregnant and the coach.

Still involved with BUSA, which did not respond to our questions, Kangwa is also accused of having favored access to the national team to players from this program.

"This is just the tip of the iceberg

Kaluba Kangwa has been the totemic coach of the national U17 women's team for almost a decade and has never been questioned by the federation. The FAZ has been silent and even cried conspiracy through its president, who, like journalist Mukoka, called him "the enemy of Zambian soccer".  FAZ is being questioned about its involvement in what several victims and witnesses compare to "an abusive system".

According to a former member of the FAZ, the initial revelations are only "the tip of the iceberg". Sport News Africa also heard from another FAZ employee who lamented the multiple abuses she had witnessed. "It is endemic. They have allowed a system to be set up without saying anything."

Contacted on WhatsApp by Sport News Africa, Kaluba Kangwa did not respond to inquiries despite a lengthy message he appeared to write and was never sent. Other members of his U17 staff are also suspected of assisting him and abusing underage girls in the squad.