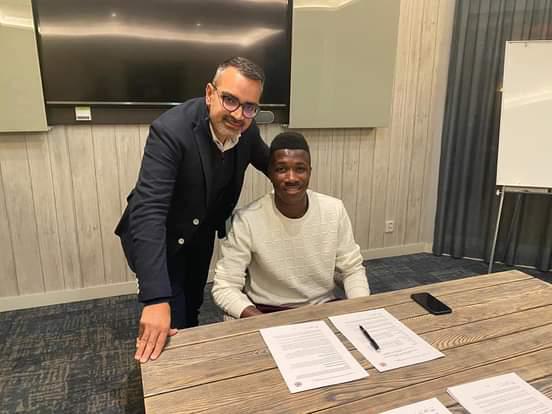 The highly rated forward signed a four year contract with the Dark Blue.

The former Guinean youth international joint Vasalunds IF in September 2017 at the age of 18, and blossomed into one of their best strikers.

His move to Viking FK is judged as a step forward in his career, as he will be experiencing top flight football at professional level for the first time.

Viking FK finished sixth on the log of 16 teams in the Norwegian top flight last season, they will be pushing for a higher spot this season with the help of their newly signed Guinean hit man.