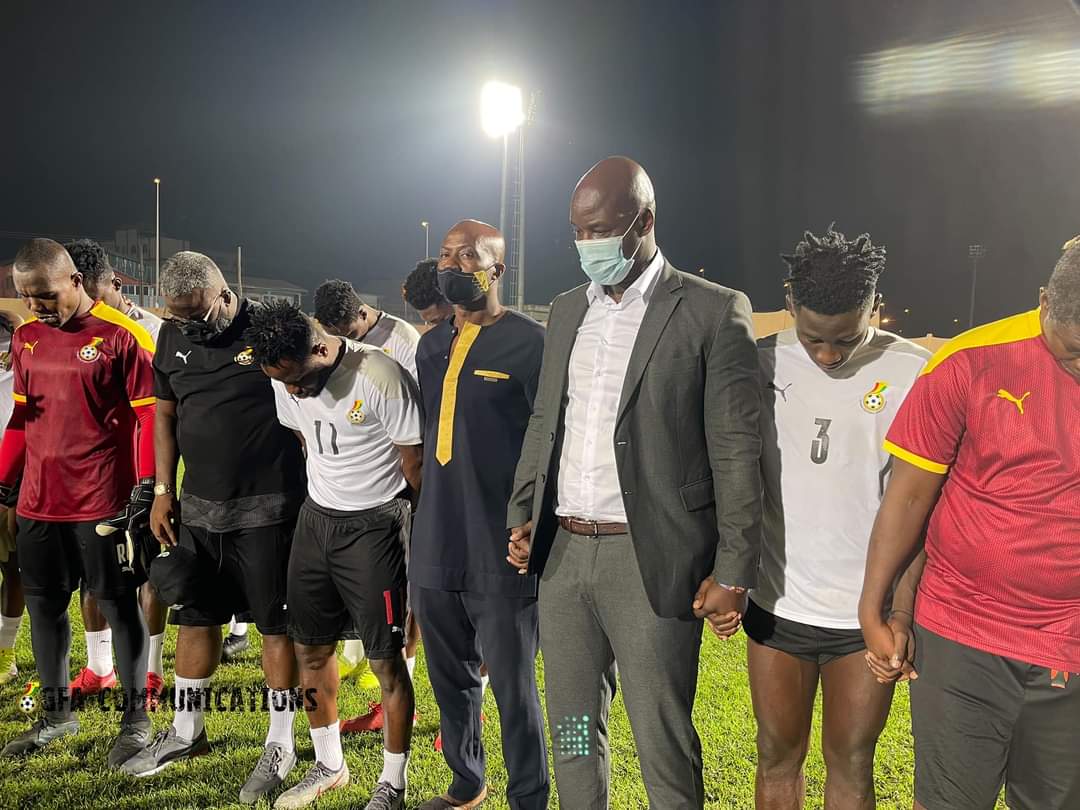 Ghanaian legend and former Deputy General Secretary of the Confederation of Africa Football (CAF), Mr. Anthony Baffoe, has urged the Black Stars to “show hunger “in their second Group C game against Gabon today in the ongoing 2021 Africa Cup of Nations.

Ghana lost its opening game 1-0 against Morocco on Monday, 10th January, 2021. Ghana is hoping for victory against the Panthers of Gabon.

With the return of Arsenal star, Pierre-Emerick Aubameyang who missed their first game against Comoros after testing positive for Covid-19, Ghana defenders will be hoping to keep him in check in order to claim the three maximum points.

“You see, you must show hunger, hunger to win. Aubameyang has recovered. I don’t care if Abdul Mumin, Jonathan Mensah, [Alexander] Djiku or Daniel Amartey is going to play in central defence- I don’t care. From day one when you move out of the dressing room when you go into the tunnel, they must feel you, no smiles. It’s no more jokes. Gabon is going to fall tomorrow (today’s game)”-he added.

”Captain Dede Ayew, Thomas Partey, [Mubarak] Wakaso, Jordan [Ayew], Baba [Rahman], Jonathan Mensah. Why am I mentioning you? Daniel Amartey- because you are people who have been in the team for long. People like you, you can’t allow yourself to have a bad day”-he urged the players.

We really must win this game at all costs. We must win #BlackStars

We can’t afford to lose this one ☝️

Ghana is chasing their first title in 40-years.