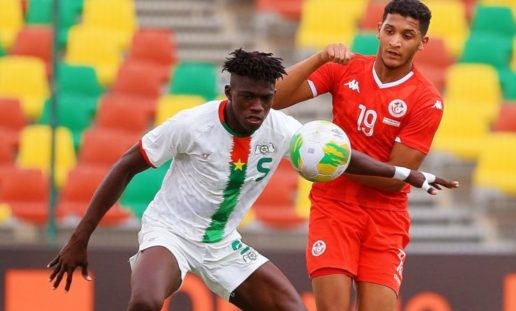 Aristide Bancé, general manager of the Burkina Faso national team, is considering taking the matter to CAF and FIFA over Yacouba Nasser Djiga. The FC Basel defender has refused to join the Stallions despite being selected for the 2021 African Cup of Nations.

Burkina Faso recorded its first defection towards the AFCON. It is Yacouba Nasser Djiga, defender of FC Basel. Selected for the competition in Cameroon, the 19-year-old player born in Bobo-Dioulasso would have decided to remain at the disposal of the Swiss club he joined this summer. In any case, this is what was announced on social networks, the manager of the Burkina Faso team, Aristide Bancé. "FC Basel, having learned of Yacouba's selection with the Stallions, has informed the player that it does not wish to release him for the AFCON. Alerted by this information, I contacted the player on the phone to find out his version and possibly initiate procedures to force the club to make him available to the national team. But Yacouba told me that he was following his club's decision and therefore would not be joining the Stallions. I have therefore taken note of his decision," said the former Burkina Faso striker.

Referral to CAF and FIFA
However, Yacouba Nasser Djiga is not a regular in the FC Basel squad. The former Vitesse FC (Burkina Faso) player has only played in three Swiss league games and nine in all competitions. However, his refusal to answer the call of the national team may not end there. Aristide Bancé is planning to appeal to CAF and FIFA. "I'm going to call on CAF and FIFA to look into the practice of certain clubs of holding back African players called up to defend their countries' colours at the CAN. This must definitely stop," said the 2013 AFCON finalist. "I remind all young players that wearing the national team jersey is one of the greatest pride a footballer could have throughout his career. It is therefore important to avoid relegating one's country to the background," he advises.

Yacouba Nasser Djiga joined FC Basel last July. It is his first European club. A U-20 international, the Burkinabe has signed a contract with the Swiss club until June 2025. With the first team of the Stallions, he has been called up for four matches.