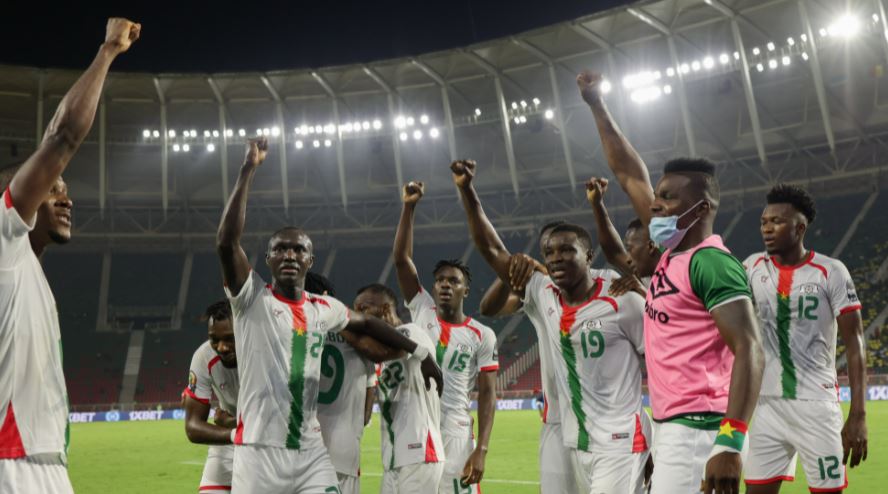 Burkina Faso won the second day of group A of the 2021 African Cup of Nations with a 1-0 victory over Cape Verde, putting them back in the race for qualification. The Stallions can move on to the last eight if they beat Ethiopia on the final day.

The Stallions will be a force to be reckoned with until the end. After losing to Cameroon in the opening match of the 2021 Africa Cup of Nations, Burkina Faso got back on track on Thursday in their second match. Kamou Malo's men got the better of Cape Verde (1-0), in a game generally dominated. But the teammates of Bertrand Traore, absent from this game after his positive test to Covid, will have trembled until the end. The fault lies with a lack of realism that prevented them from taking the lead despite several clear-cut situations.

They had started the game with a big opportunity for Gustavo Sangaré after only 5 minutes. The beginnings of a dominance as the minutes went by, like a free kick from Edmond Tapsoba (13th). But Vozinha was unstoppable in the face of the Burkinabe onslaught. The Cape Verdean goalkeeper repelled the danger and came out on top in a one-on-one with Hassane Bandé (27'). However, he had to give up five minutes before half-time, when Hassane Bandé chested down a wonderful cross from Issa Kaboré (39'). A liberating goal that rewarded the first half of Burkina Faso and punished the timidity of the Blue Sharks.

The Cape Verdeans were in the ascendancy, but they were not dangerous enough, except from set-pieces. It was not until the half-hour mark that Julio Tavares had a real chance to score. But the striker saw his shot deflected for a corner by a vigilant Hervé Koffi. Pedro Brito's side were much more enterprising after the break and put more pressure on Hervé Koffi's goal, but without success. Stopira had the chance to equalize from a corner, but his header went over the crossbar (60'). The clock was ticking and Cape Verde were trying to do everything they could with the introduction of Ryan Mendès. But without success, in spite of some clear opportunities to score. The fault lies in a blatant lack of realism.

With this success, the Stallions are back in the race for qualification. They move up to second place in Group A, ahead of their opponents. Both teams have three points, behind Cameroon, already qualified with six points. For their last match, they will be opposed to Ethiopia, while Cape Verde will face Cameroon.