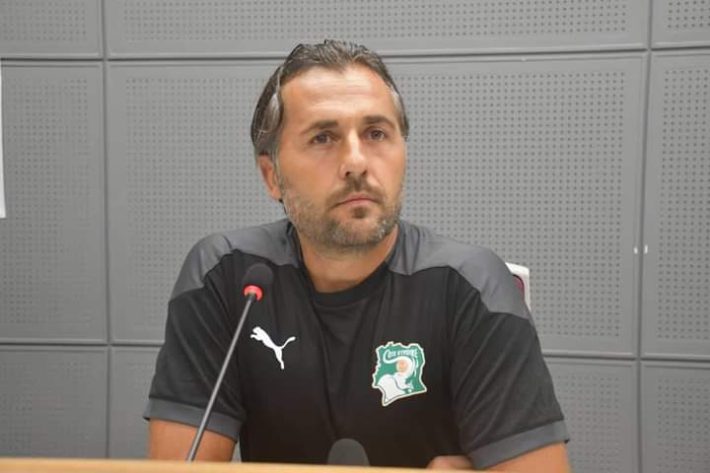 The Elephants' coach admits he took advantage of the Fennecs' doubts to crush them. His team won 3-1 in a game they controlled from start to finish. Patrice Beaumelle, the coach of Côte d'Ivoire.

Algeria is eliminated in the first round of the 2021 African Cup of Nations by Côte d'Ivoire. The Fennecs lost 1-3 to the Elephants on Thursday 20 January in the third round of Group E. The African champions were stifled by their opponents. The latter were indeed superior in all areas. At the end of the game, the coach of the Elephants, Patrice Beaumelle, lifted a corner of the veil on the success of his team.” I think the Algerian team lacked confidence," said the French coach. “We saw it as soon as they scored, they woke up. Algeria are a formidable opponent who have not been able to build up their confidence in this competition. We felt their frustration with their efficiency. We should not have let the Fennecs wake up. They could have come back at 3-3. We managed to show a good state of mind. Surely a reference match."

A lot of commitment, courage and efficiency The Ivorians' goals came from Franck Kessié (23rd), Ibrahim Sangaré (39th) and Nicolas Pépé (54th). Sofiane Bendebka (73rd) reduced the lead, but it was too late. Algeria went home. The Ivory Coast wins the group and will face Egypt in the round of 16. To the great delight of Patrice Beaumelle, who was pleased with the performance of his players. "This evening, we have a lot of heart, courage and efficiency. I would like to congratulate all the boys," said the Elephants' coach.

“I am very satisfied with what my team has offered tonight. There is more efficiency in the finish, compared to our first two games. Our players were determined to kill the game. (...) We had problems with our efficiency. But today we had strikers and even midfielders like Franck Kessié who killed the game when they needed to." Concluded the coach at the post match conference.