AFCON 2021: Disillusionment in Conakry as Kaba Diawara is asked to resign 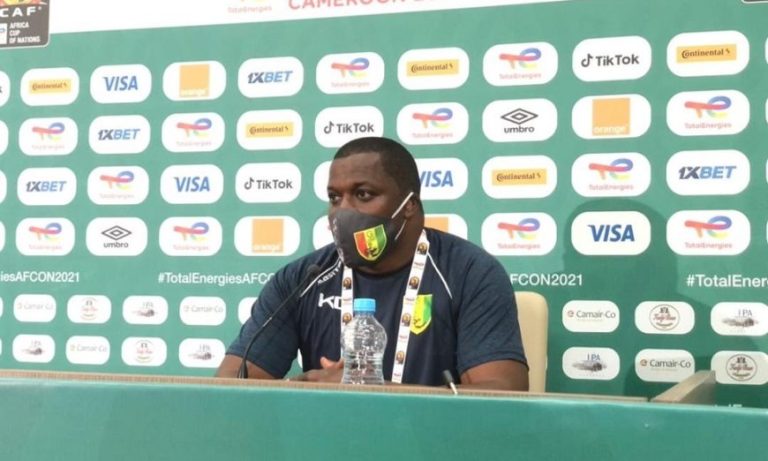 AFCON 2021: Disillusionment in Conakry as Kaba Diawara is asked to resign

The Syli National of Guinea lost to the Scorpions of Gambia on the score of 1-0. A defeat that puts an end to the journey of men of Kaba Diawara. In Conakry, it is disappointment in the streets of the capital and the fans do not mix their words as they call for the firing of the coach.

It is disappointment in Conakry after the elimination of the Syli National. They were many to gather in a fan zone at the esplanade of the stadium of September 28 in Conakry. On the faces, one can read the disappointment. This defeat against Gambia leaves traces (1-0). Alhassane Traore interviewed by SNA can not hide his disillusionment. '' It's cruel what happens to us," he said.''  Losing against Gambia, which is in its first AFCON final phase, is really inexplicable. Kaba Diawara must leave his post. He is the only one responsible for this disappointment.''

Aboubacar Diallo on his part is not angry. For him, this defeat has a name: Kaba Diawara. "He is the only one responsible for this elimination. Otherwise how can you understand that you are led by a team like Gambia and 10 minutes from the end, you still have your 3 central defenders, and your 2 fullbacks who do not contribute anything offensively. That's 5 defenders. Worse, you take out a striker for another one instead of creating a surplus of players when you have a player like Morlaye Sylla who is capable of creating differences like he did today. In 15 minutes, he was more influential than some who have played all the games," he said.

The players not at the rendezvous
If Guinea lost, it is because some players did not play their part in the absence of key players such as captain Naby Keita, suspended for accumulating cards, and the injured Issiaga Sylla, says Aboubacar. "Mohamed Bayo has not convinced at all during this competition. Playing 4 matches in such a competition and not being decisive (0 goals, 0 assists), it's tiny. Moreover, he had a great opportunity that would have allowed Guinea to take the lead but he got confused.''

None of the strikers managed to find the net. A statistic that hurts the fans. In four games, the Syli have had 52 shots for just two goals. "It's terrible for a team that wants to reach the last four. With the level displayed, we could not hope for more. I hope that the federation will take appropriate measures for Kaba Diawara and his staff," said Aboubacar.

A feverish defense
The defense has always been the main challenge of this Syli de Guinée team. In the first two games of the tournament, however, Guinea returned two clean sheets. But since then the feverishness has returned. Kaba Diawara's 5-3-2 system is strongly criticized. "From the start this system showed its limits. Despite all the criticism and warnings, Kaba was stubborn and here are the consequences. Guinea has been eliminated by a novice team," says Aboubacar Diallo.

This failure, for sure, will make a lot of noise in the days to come. Absolute silence in Conakry. The streets have deserted within minutes and the flags are being taken down.