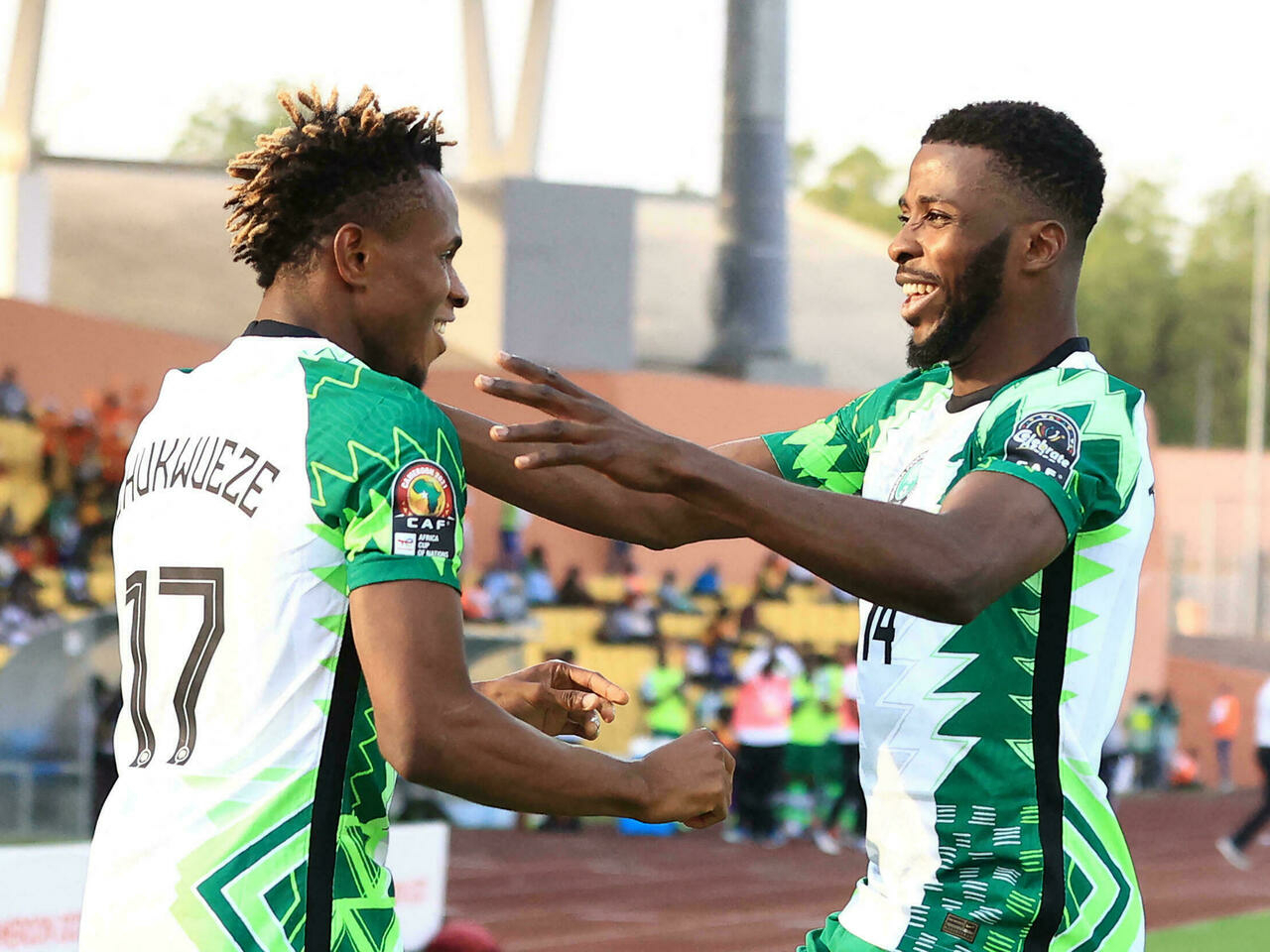 Eagles soar to Round of 16

Nigeria senior national team maintained their fine start in the Africa Cup of Nations with a 3-1 thrashing of Sudan in their second group D tie in Garoua on Saturday.

Goals from Samuel Chukwueze, Taiwo Awoniyi and Moses Simon ensured the Augustine Eguavoen's men extended their hundred perfect start in the competition against the helpless Sudanese, who suffered their first defeat in the tournament.

Cruising from a dominant opening 1-0 triumph over Egypt last Wednesday, the Super Eagles continued in their rich vein of form with an early lead courtesy of Chukwueze's superb left footed shot off Simon's pass eight minutes into the contest.

On the brink of half time break, Awoniyi doubled the lead with his first senior international goal after he fired home from a scramble in the box of the Falcons of Jadiane.

On resumption of the match, the West Africans continued from where they left off in the first half as Awoniyi's lovely flick located Simon, with the France-based winger increasing the tally to 3-0 just a minute into the restart of the encounter.

The Falcons, however, rallied back thanks to VAR when Ola Aina was caught to have manhandled a Sudanese inside the box, gifting the Sudanese a penalty which was converted by Walieldin Khidir Safour in the 71st minute.

In the dying stages of the match, both teams tried to create chances, with the Nigerians enjoying bulk of the ball possession goal could not find a breakthrough to add more goals just as their Sudanese counterparts.

The result saw Nigeria progressed to the knockout stage with a game to spear after garnering six points from two opening matches and scoring four goals.

With progression achieved, Eguavoen will hope to replicate his 2006 AFCON feat, winning all three group stage matches when they meet debutants Guinea Bissau in their final Group D tie on Wednesday.

On the other hand, one-time champions Sudan will look to revive their qualification hopes when they take on seven-time winners Egypt in their final group D tie.