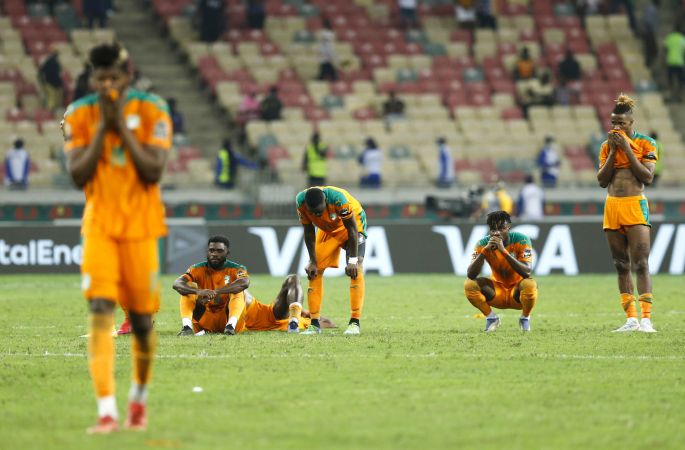 It's finally Egypt who goes ahead of Côte d'Ivoire. The Pharaohs beat the Elephants on penalties (5-4), after a pleasant 0-0 in the match.

Both tactically and technically, this round of 16 match between Côte d'Ivoire and Egypt is undoubtedly to be ranked among the best matches of this AFCON 2021. The Ivorians and Egyptians played a high level duel, both in commitment and in the use of the ball.

And if the Elephants had more or less possession (53%) in the first half, it was their opponents who proved to be the most dangerous. First, Marmoush hit the bar with a long-range effort (16'). The Ivorian goalkeeper then had to be alert to the danger of the ball, but Mohamed Salah's powerful shot was saved by the keeper in the 16th minute.

Salah in the thick of it
The Elephants, for their part, also had a few opportunities to open the scoring, notably through I. Sangaré. But the midfielder, who had strangely found himself alone in the heart of the Egyptian defense, saw his bicycle cleared by El-Shennawy (32'). The two teams then went to the dressing room with the score at 0-0.

The second half was as intense as the first. Mohamed Salah and his teammates will, unlike the first half, take the game to their account. They were visibly fresher than their opponents and created more and more chances. The first half saw the game go into extra time, with Salah providing the perfect opportunity for El Solia to open the scoring, but his shot went wide (52').

Egypt in the quarter-finals
The Elephants responded in the 75th minute with a header from Sebastien Haller in the box. El-Shennawy, however, made a fine save. The Egyptian goalkeeper made another decisive save in the 84th minute when Wilfried Zaha, who came on for Max-Alain Gradel, fired in a shot. However, this was to be his last save of the match. The Pharaohs' last line of defense was injured and had to be replaced by Abou Gabal.

After 90 minutes of high intensity, both teams went into extra time with the same desire and determination. Despite chances on both sides, the Elephants and Pharaohs could not find a way through. In the end, it was Egypt who won the penalty shoot-out (5-4), to validate their ticket to the quarter-finals.