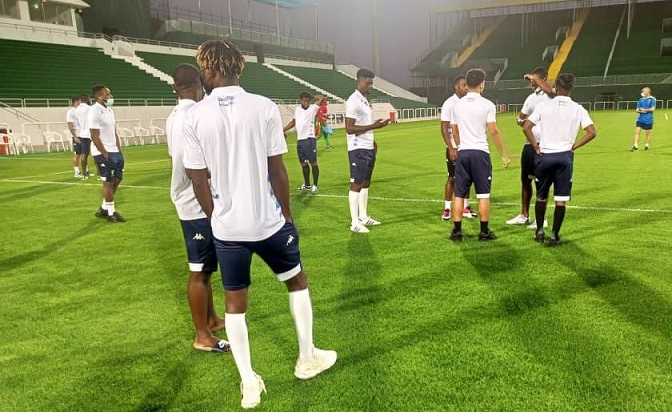 The Gabonese national team is still reeling from their refusal to travel to Cameroon, but Pierre-Emerick Aubameyang, Mario Lemina and other players have chosen this very moment to take part in a party in Dubai.

The Gabonese bonus affair is far from being over. While they are due to fly to Cameroon on Wednesday 5 January to take part in the 2021 African Cup of Nations, Pierre-Emerick Aubameyang and his teammates have reportedly refused to get on the plane. The captain of the Panthers and his teammates have decided not to get onboard without having received their bonuses.

As if this affair was not enough to pollute the preparation of Gabon four days before the kick-off of the AFCON, Pierre-Emerick Aubameyang and Mario Lemina chose this precise moment to treat themselves to a nightclub in Dubai. The Panther captain and his teammate were seen in a video posted on social networks, enjoying themselves at a party. In this context marked by the resurgence of cases of Covid. Images that Patrice Neveu would have done well without a few days before the first match of his group.

As a reminder, Gabon is in group C with Morocco, Comoros and Ghana. The Panthers will play their first match against the Comoros on Monday 10 January.