AFCON 2021- Gabon: Minister of Sports at the heart of tensions over bonuses 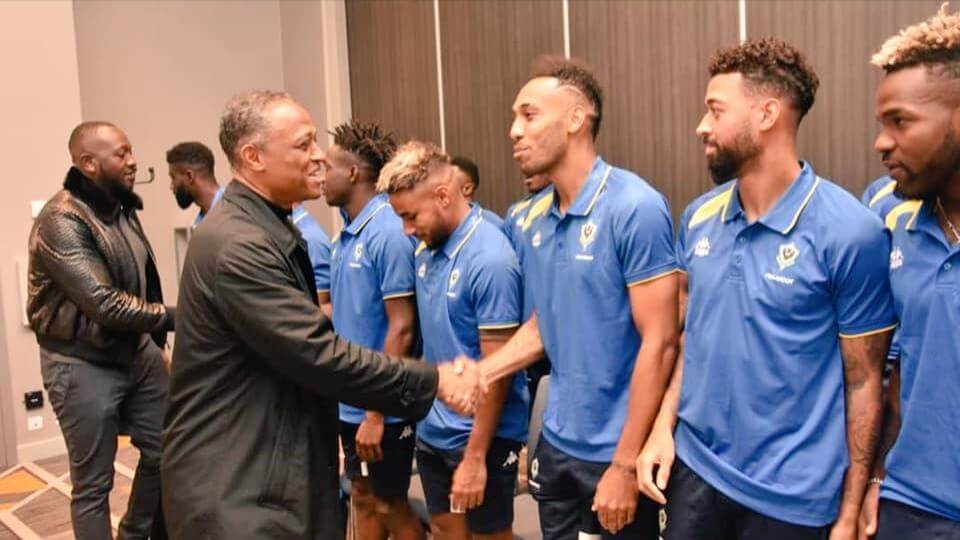 AFCON 2021- Gabon: Minister of Sports at the heart of tensions over bonuses

Even before the kick-off of the competition, the Gabonese team has made the headlines in the sports press with the issue of bonuses. Bonuses promised before the kick-off of the CAN and still not collected. After the victory of the Panthers over the Comoros, the tone rose between the players and the Minister of Sports, Franck Nguema. Suspected of pulling strings in this affair, he was even banned from the dressing room, according to our information.

This is the story of an affair that is likely to punctuate the entire competition for Gabon. It began before the start of the competition, while the team was preparing in Dubai, the soap opera of bonuses continues on Cameroonian soil. And it is not the victory of the Panthers over the Comoros in their first match of this edition of the African Cup of Nations that changed the situation. While the atmosphere should have been festive, the tension and tension quickly took over when the Gabonese Minister of Sports, Franck Nguema, and Ossouka Raponda, another member of the government, wanted to go to the dressing room to congratulate the players.

Sports minister banned from dressing room
The two leaders were refused by the teammates of Bruno Ecuele Manga. The decision of the group to further voice their discontent over a matter of bonuses that has lasted for weeks. However, since their first training strike in Dubai, the Gabonese Panthers had obtained the assurance that their dues would be paid before the kick-off of the AFCON.

In order to defuse the situation, it was the Minister of Sports himself who made the trip to announce it. The bonuses of the preparation matches were to be paid, before the rest is collected by the players upon their arrival in Cameroon. At least in theory. Because in fact, no provision has been made in this sense. Hence the players' frustrated, decided to ban Franck Nguema from the dressing room.

Players' bonuses stolen?
This was the first episode before a second one which took place in the Star Land hotel where Gabon is staying. Faced with the players and members of the technical staff who were finally expecting the payment of the famous bonuses, the member of the government has instead made a different speech. According to our information, the whole delegation was informed that it would be impossible to receive the bonuses. The reason? A large part of the sum earmarked to pay the bonuses had been stolen.

Faced with this situation, the group will have to wait for new funds to be disbursed. This announcement had the effect of tensing up the exchanges, as the audience did not believe this version. This was followed by some heated exchanges, including some flowery words about Franck Nguema. The man is suspected of hiding the truth and two theories quickly emerged. Either Gabon will not be able to pay the promised bonuses, or the money has been diverted upstream. The second version is the one that has the most traction within the group, which now gives no credit to the minister. Players and staff seem to have given up on the eternal promises of payment. They should now focus on the competition. The time for settlements will come later.