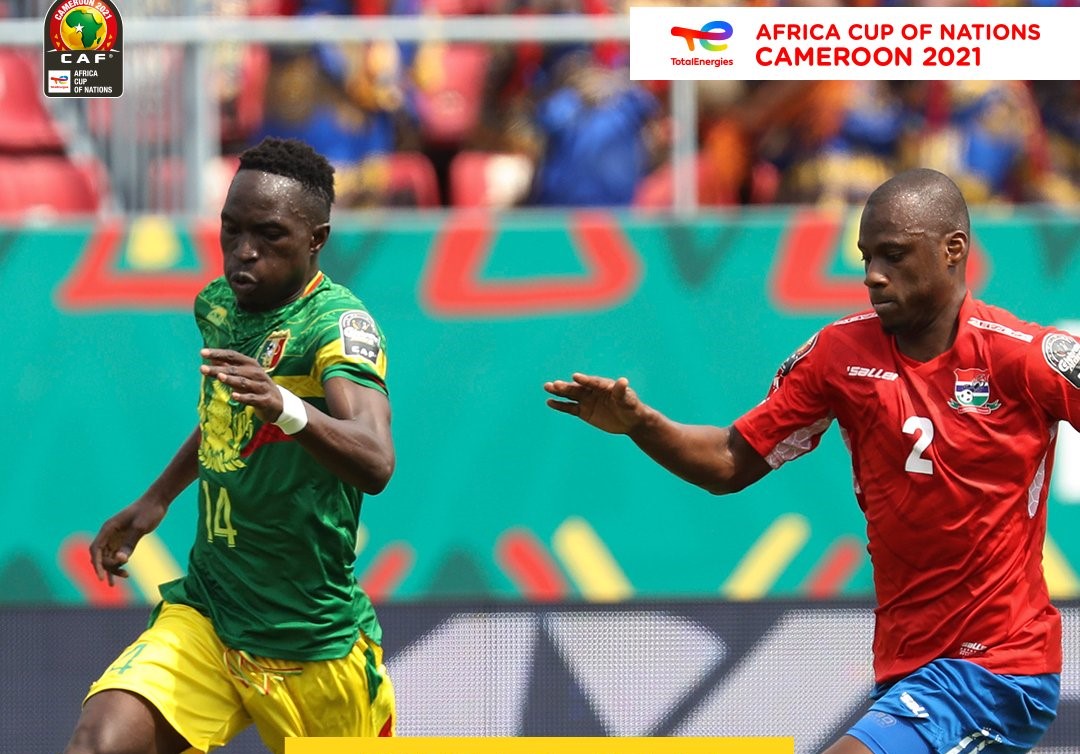 The Scorpions of Gambia continued their amazing run in the 2021 Africa Cup of Nations, AFCON, after sealing a 1-1 draw against favorites Mali at the Limbe Omnisport Stadium.

The Gambia are on a course to copying the heroic performance of the Eagles of Mali during the 1972 AFCON that Cameroon hosted. During this tournament, then debutants Mali, put on a convincing performance that saw them reach the final. An unbeaten run saw the Eagles finishing the group stage and then beating DR Congo 4-3 in the semi-finals before falling to Congo 4-3 in the final.

They edged Mauritania 1-0 in their debut in the AFCON and today they pulled a 1-1 tie with favorites Mali. They are level with Mali with four points top of Group F in Limbe.

A draw on the last day of play against Tunisia and a defeat for Mali could see the Scorpions ending the group stage as leaders.

In one of his outings, the Gambia gaffer Tom Julianus M. Saintfiet said his side was out to write more history in football after doing so last year.

The Mali coach also has major regrets after the draw against the Scorpions. "We were victims of ourselves more than of the opponent. That doesn't mean that the opponent was worthless... Certainly, overzealousness, overconfidence. It has always been said that matches are never won in advance, but in fact, on the pitch, we decided otherwise. I say it's a good lesson because it's something that will stay in our heads forever and then we'll understand that all the teams here are equal, there is no small football nation, whoever wants to win a match wins. That's the real problem."

Meanwhile, both Mali and The Gambia are on four points with a game to spare. Mali will face Mauritania on the last day while the Gambia will face Tunisia that has three points in two games.