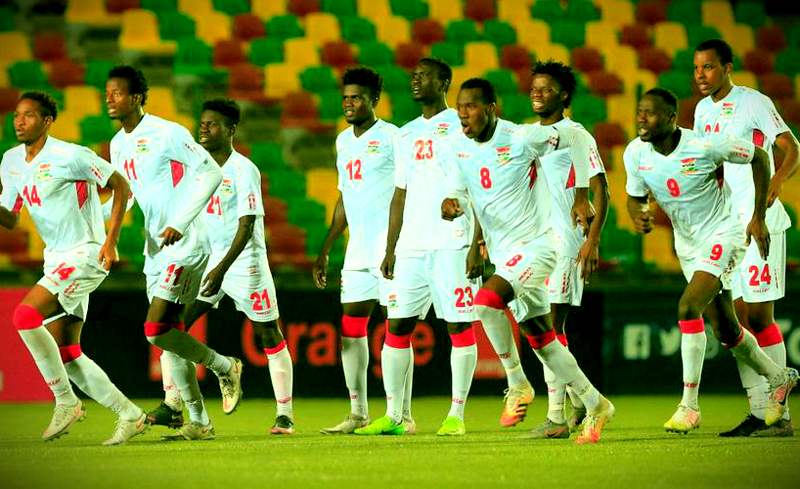 The Gambia will take part in its first African Cup of Nations in Cameroon. A first that the Scorpions want to mark with their mark. And there is no lack of arguments.

Gambia's first AFCON will undoubtedly be a learning experience. The Gambia are not only newcomers to the tournament, they are also in a group (F) that already has its favourites: Tunisia, semi-finalists at the last Africa Cup of Nations, and Mali, who have been unbeatable in recent months. The only opponent in the group that the Scorpions could look at eye to eye is Mauritania.

As luck would have it, Tom Saintfet's men will play their first match against this same team of the Mourabitounes, much more within their reach. And if they beat the latter, the Gambians could, why not, beat the odds and thus qualify for the second round ahead of Mali or Tunisia. The story would be beautiful then.

Such a scenario is possible. Especially since Gambia does not lack arguments to achieve such a feat. With players playing at the highest level such as the striker of Empoli in Serie A, Musa Barrow, the one of FC Zurich in Switzerland, Assan Ceesay or the young midfielder of AS Roma, Ebrima Darboe, Tom Saintfet's selection has the weapons to worry their opponents.

Gambia's first appearance at the Africa Cup of Nations is partly down to one man: Assan Ceesay. The FC Zurich striker scored the qualifying goal against Angola in March, arguably the most important goal of his career. '' Assan Ceesay is the best striker in the history of Gambia," said his coach after the qualification. '' When you give him confidence, he gives it back to the team. He is very much appreciated by the players. In the past 50 years, we have never had a player like him. He can be proud of that.''

The 27-year-old striker, who has been on a roll with his club in Switzerland (11 goals and five assists in 17 games), has another goal in mind: to distinguish himself at the African Cup of Nations in Cameroon, the Scorpions' baptism of fire.

"The African Cup, our first AFCON, will be a special moment for the country and our players. I am eager to start this adventure. I want to go there. I want to fight for Gambia. It's very exciting and our morale is high. We want people to say 'Gambia had a great AFCON'. We can't afford to be afraid, even if we play Tunisia, Mali and Mauritania. We are not afraid of anyone, we are ready."