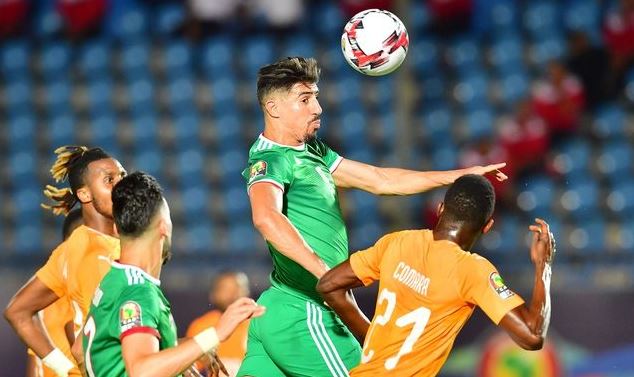 In Group E of the 2021 African Cup of Nations, Algeria will inevitably be awaited. With their status as defending champions, the Greens will have to confirm their continental supremacy to keep their crown. But the two-time African champions will have to face a tough opposition in the form of Côte d'Ivoire and that's without counting on Equatorial Guinea and Sierra Leone, always complicated to face.

Algeria wants to confirm its domination

The defending champions have not been spared by the draw. For the 33rd edition of the African Cup of Nations, Algeria inherited one of the toughest groups of this 2021 AFCON. Despite this, the Fennecs, led by Riyad Mahrez, are favorites for a third title. The name of the Fennecs is constantly being mentioned by African football observers when it comes to choosing the teams capable of lifting the trophy on 6 February. And for good reason, the team remains on an impressive run of 33 games without defeat in all competitions. This is bound to make an impression and push the team to surpass itself to push back this record game after game.

On Cameroonian soil, the Greens will also be keen to show that they can win in Central Africa, an area that does not usually suit them. What better way than this edition of the AFCON 2021 to overcome the spell? "The AFCON is a big international competition. We want to keep our title, even if it will not be easy. Everyone is waiting for us, but we want to keep our title, that's for sure," the Algerian head coach warned.

A message that will reach the ears of the future opponents of Algeria in this AFCON 2021, starting with the Ivory Coast. Crowned in 2015, the Elephants arrive in Cameroon with a double objective. First, to prove that the failure in their qualifying campaign for the 2022 World Cup is well behind them. What better way than to win the trophy?

Especially since with Algeria in Group E, the Ivorians will also want to take revenge for the 2019 edition. They were eliminated in the quarter-finals after an epic match that went to penalties. '' It is a group with obviously a "big", the Ivory Coast, that was inevitable. We have already met Côte d'Ivoire during the last AFCON in Egypt and everyone remembers that match," recalled Belmadi, not exactly thrilled at the idea of meeting the Elephants so soon. The team will be more determined than ever to make their mark on this edition.

Equatorial Guinea, a first away from home

Equatorial Guinea will be taking part in their third African Cup of Nations finals in 2021. However, this will be the first time that Nzalang Nacional have qualified on home soil. In 2012, co-hosting with Gabon, and again in 2015 after stealing the show after Morocco withdrew, the team benefited from its host country status to avoid the qualifiers. The qualifiers have always been a hurdle for the Equatoguineans, until this edition. All this with the bonus of the goal of qualification in the last moments of the match against Tanzania.

Equatorial Guinea has come a long way since they started the 2021 Africa Cup of Nations qualifiers with two defeats. But the team has completely changed its face and has won a series of victories to clinch its ticket to Cameroon. The Nzalang even won a resounding victory over Tunisia last November, in the framework of the 2022 World Cup qualifiers. A sign that Emilio Nsue's side should not be underestimated, or else they will regret it.

It has been a long wait for the Leone Stars. After their participations in 1994 and 1996, Sierra Leone will play its 3rd Africa Cup of Nations finals. A participation acquired not without difficulty after a match against Benin. It took a penalty from star striker Kei Kamara to send the team to Cameroon. The 2021 Africa Cup of Nations will therefore be a discovery of the flagship competition of African football for an entire group. But it will still be an opportunity to shine and above all to beat the odds to reach the knockout phase. 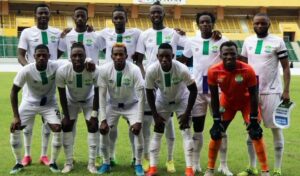 With the tag of the group's small thumb on their backs, the Sierra Leoneans will have nothing to lose and will want their chance. With the top finishers in each group qualifying, as well as four of the six best third-placed teams, they will want to extend their stay in Cameroon as long as possible. "I had hoped not to be drawn in the same group as a team like Algeria who, based on their last performance, are theoretically the strongest in Group E," Kamara said after the draw. "But now that we have to play them, I think it's a golden opportunity to give our best. It's not just about participating, but competing to win.''